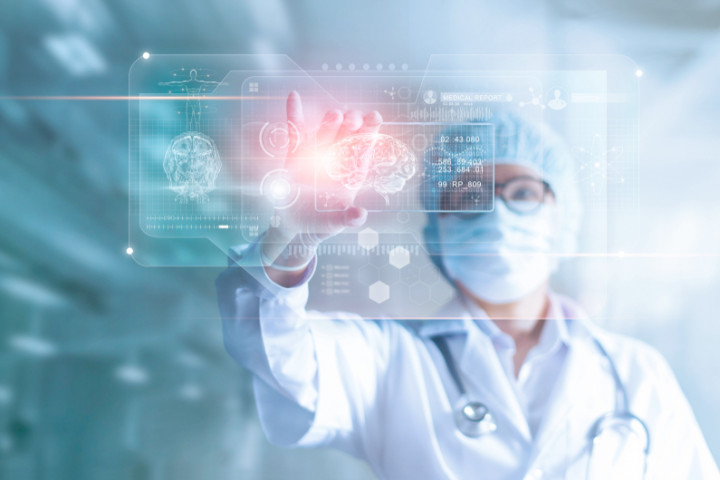 Home / News / Which are the 6 newest healthcare innovations?

Every year there is an annual Healthcare Conference in London. This year there was a presentation of more than 350 products. Many of these products are tending to change the healthcare system. The companies also remake and change the old technologies into something new. But which are the ones that people showed a greater interest? There are many, but only six were considered the most interesting.

1. Is the early detection of Dementia important?

It is important for every illness to be discovered on time. It is supposed that Dementia can be caught many years before it actually appears. In some records, the most dangerous form of Dementia that causes death is the Alzheimer’s disease. The newly research techniques such as CMD and MRI scans, deals with the minimal changes of the brain’s microanatomy and detects the illness at early stage every before the symptoms became evident.

A researcher from the Oxford Brain Diagnostics explains this method as a simple analysis that discovers the early stages of sensitiveness and disruption of the cerebral cortex at the cellular scale.

In some cases taking drugs also changes the brain’s microstructure but there is not a clear evidence how much quantity of the drugs and how much damage is done.

2. Is Blockchain useful for healthcare?

The patients’ treatment and the doctor’s behavior was import in the past, and are also very important nowadays. Healthcare program deals with the patients and how their data is stored and shared by the doctors. That is why the Medicalchain program very familiar today. It completely changed the way the patients get access to their data and how they share it with the other clinicians. They called this technology – the blockchain technology, and the data white paper.

This technology enables a completely transparent interaction with the patient’s data. It also offers constant help and online consultation. And what is most important privacy and security. And hopefully it could be open for public use very soon.

3. What is a mobile cancer screening?

Every illness when diagnosed on time can be cured. In some cases even the cancer can be. The more quality screening process and early treatment can prevent the dying of the cancer. It usually appears in societies with low and middle income. And there is some number of 570,000 new cases in 2018.

For this purpose some scientist designed a colposcope that was name EVA System. This device is designed to make a precise and quality images of the cervix and creates the most accurate diagnose in minutes, for the most mortal type of cancer. It is a hand operated and battery powered. It was developed by the National Cancer institute. It shows almost 90% of accurate results.

The benefits of this device are huge. Because it is easy to use, can be also use by non-experts. Some scientist also named it as a Future Healthcare product which is based on a smart-phone technology. And it is also great to know that the results are given in a few minutes, besides the lab testing which takes weeks to get the results.

4. Why upgrading the disposable batteries?

The batteries and their use is known for decades. Blue Think is an organization that deals with how batteries work and developed a battery saver and another type of batteries called button batteries. Today they are widely used in the medicine and in the medical devices. And even some of the doctors in some cases stated that even the devices last longer, are smarter and give more valuable data. This improved function is due to the design and the technologies that create a better experience.

And also these button batteries aren’t without problems. If they are left on the shelf for a longer time, they might lose their energy, or can even explode if they are put in contaminated medical equipment. Because of their small design can be swallowed by children and they are harmful for them and for the whole environment.

This is completely opposite to the opinion of Blue Think, that they created and long-lasting environment friendly batteries that cost a very low price.

5. What is worse, robots or loneliness?

Some researchers constantly ask one frequent question: What does loneliness do to us? The answer is very simple. It is the biggest issue for several medical state and has a very big risk factor.  That is why loneliness should be detected on time.

For this reasons Service Robotics was trying to find a solution. Trying to connect this gap, they invented a small robot. They called it a friendly robot that can speak, support and be a good assistant to adults and take very simple commands.

This robot can also film videos and perform video chats that also activate the brain function. It also reminds elders to take their medications on time and remind them not to miss an appointment. But only one thing is in danger – the place of the man in the society. It is possible I some ways to take the jobs that are meant for the people.

6. How can we breathe more easily?

Many innovations are unusual and widely used nowadays. SoeMac is maybe the most unusual device as its creator said. It is a device that is very safe to be used and creates oxygen needed for the body during night.

This device has a rectangular shape and it is very easy to use. You just need to switch it and put it by the bed. And you have a good sleep and perfect breathing process. The oxygen that this device produces, also known as bio-usable oxygen, helps the body restore its functions.

It is important to mention also that it cannot be still used for people with clinical trials, but it’s creators are hoping that one day it could be used to help people with chronic pulmonary disease. The best is yet to come.