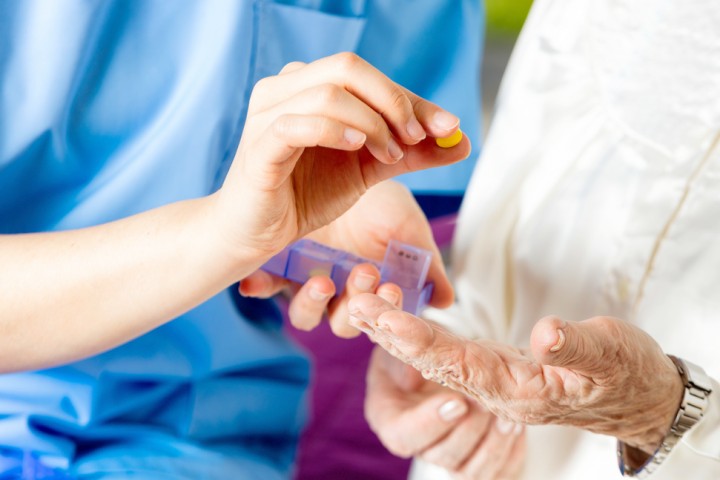 There are two new drugs, currently known as RAD001 and BEZ235, which appear to be able to boost the immune system of elderly individuals. The medications are still experimental and have only been used on a relatively small number of patients, so we might be waiting a while before they hit the market, but so far, they are showing incredible promise, and researchers are optimistic about their effects on the immune system as well as aging.

Both drugs are TORC1 inhibitors that were created to fight cancer. RAD001 also helps prevent organ transplant rejection. They affect an important cellular pathway for the immune system. Other drugs like these have previously been shown to extend the lifespan of animals in the lab.

Felipe Sierra, director of the division of aging biology at the National Institute on Aging, spoke to NPR:

"It is possible that further research with this same combination of drugs or similar combinations will lead to a possibility of addressing multiple chronic diseases because these drugs have been shown to affect the process of aging itself."

The study followed more than 250 people over the age of 65 for a year. They were either given a placebo or one or both of the drugs. At the end of the year, the participants who had taken both medications reported that they had experienced roughly 1.5 infections in comparison to the nearly 2.5 infections experienced by those who had taken a placebo. That is a significant reduction.

In addition, the drug combination also boosted their immune system response to the flu vaccine. The participants’ flu antibodies increased by 20% when compared to those who had not taken the combination. Flu vaccines often do not work effectively in older individuals because of their weakened immune systems which already make them more susceptible to catching the illness. It is an unfortunate predicament that this treatment may help with.

There is still a lot of work to be done but the results look promising so far.