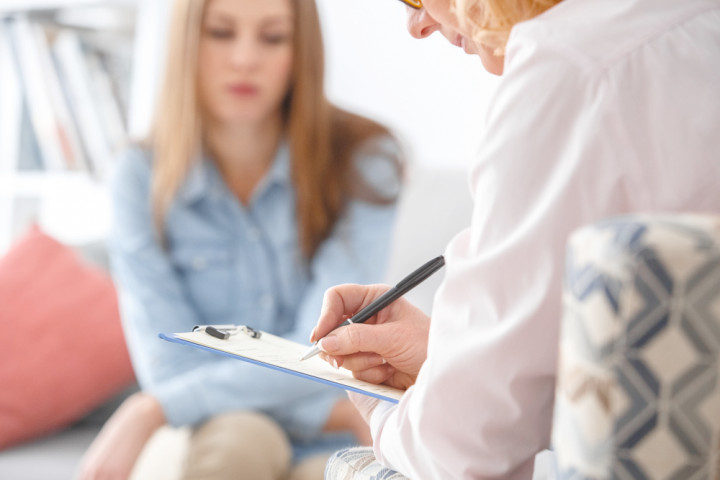 Home / News / New discoveries in the field of psychiatry

A team of physician-scientists work together to alleviate the impact mental illness has on society.

For almost a third of 16 million Americans struggling with clinical depression, antidepressant drugs aren’t doing much to help. Due to that, they are under a constant state of sadness, sleep disorders, and, at times – difficulties with concentration. All of these issues are making their lives difficult, making simple tasks like reading a book or work efficiency very hard to do. Some of these people make suicide attempts as well, affecting their families and friends alike.

Doctors that treat patients with depression and some other psychiatric disorders must face the fact that the drugs that are at their disposal are becoming less and less effective, not to mention the potential negative side effects that each drug carries. Additionally, the latest class of antidepressants, selective serotonin reuptake inhibitors (SSRI, for short) like Paxil, Zoloft, Lecapro, and Prozac are 30 years old.

Researchers at Washington University’s Taylor Family Institute for Innovative Psychiatric Research have already begun to look for new remedies. They are driven by a single goal: to reduce the suffering and lower the impact psychiatric illnesses have on society as a whole.

The researchers are taking a look at brain receptors in order to find new targets for therapy, developing potential drug test candidates, and collaborating with industries in order to speed up the whole process. The institute is close to help push two investigational antidepressants in the market, with some other promising drugs in the works as well.

The institute was founded in 2012 with private funding provided by the university’s Leading Together campaign. The institute’s main mission is to provide flexible funding which would promote and make more efficient efforts in basic and clinical research, as wells as drug development all the while scientists from various fields work together to find new treatment methods for psychiatric illnesses. The institute has scientists from various departments such as psychiatry, anesthesiology, developmental biology, radiology and neurology – and they work together towards the institute’s goals.

“The institute really was founded on the premise that we need flexible funding to support pipelines of research development, rather than focusing on individual projects in specific departments,” said Steven J. Mennerick, PhD, the institute’s scientific director and a professor of psychiatry and of neuroscience.

“Government grants tend to be very specific, so to take a project to the next step, you need another grant, and then another. But with flexible funding through the institute, we can partner — quickly — with people who have expertise in other areas of science or drug development, and we can make progress faster than is possible with traditional grants,” he added.

There’s lots of work to be done, and everything starts by forming an understanding of the genetics and biology of psychiatric illness, including and understanding of how the neural circuits that are connected with everything. After the reveal from the basic science – a potential new therapeutic approach, the researchers at the institute send their results to the collaborators in private industries in a timely manner, and this is streamlined by the close relationship with Sage Therapeutics – a Massachusetts-based biopharmaceutical company.

“I have received notes from people around the country who have been impacted by mental illness. They now have a sense of hope; someone is paying attention. I want many people to pay attention, because I think awareness promotes momentum,” said Andrew C. Taylor, life trustee and chairman of the Leading Together campaign.

A new target for treatment of mental disorders

A bigger portion of the institute’s focus has been changed towards a class of compounds known as “neurosteroids,” which are chemicals that are produced naturally within the brain and are connected with brain networks used for cognition, emotion, and motivation. When the balance of these chemicals is upset, it affects and leads to mood disorders that manifest as depression, anxiety disorders, alcoholism, schizophrenia, sleep disorders, chronic pain, epilepsy, and various neurodegenerative illnesses like Alzheimer’s disease.

The data we currently have would suggest that between stress and disorders like depression have a strong connection and effect on neurosteroid production in the brain, and because of that, it is the scientists’ opinion that renewing or enhancing these neurosteroids will help diminish the stress response and allow the brain to operate in a more normal manner.

Despite the fact that the institute has been in operation for only a few years, the members of the institute have a long history of studying natural and synthetic neurosteroids, some of them more than several decades. The study of these steroids began in 1993, when Douglas F. Covey, PhD, was working as a professor of molecular biology and pharmacology, and Charles F. Zorumski, MD, an associate professor of psychiatry at the time, became a part of a Program Project Grant from the National Institutes of Health (NIH for short) with the goal of studying neurosteroids for their anesthetic effects. Covey’s lab synthesized neurosteroid molecules which Zorumski then tested in brain cells.

“In those early days, we mostly were trying to learn about whether these molecules had anesthetic effects, and if so, how they might work,” said Covey, a professor of developmental biology, of anesthesiology and of psychiatry. What their research led to was that neurosteroids didn’t work through serotonin receptors like SSRIs did. They worked by way of influencing gamma-aminobutyric acid (GABA for short) receptors, which are a kind of neuronal receptors that are affected by anesthetics.

Twenty years ahead, in 2012, Covey created hundreds of synthetic neurosteroids, and some of them appeared to have a potential of weakening the symptoms of depression. It was Zorumski’s belief, and now the Samuel B. Guze Professor, head of the Department of Psychiatry and professor of neuroscience that after all those years of making and testing neurosteroids, they have a good grasp of understanding on how those molecules interact with two types of brain receptors – GABA receptors and excitatory glutamate receptors. In their opinion, they are very close to identifying neurosteroids that would lessen the effects of depression and some other psychiatric disorders.

“Some of these neuroactive steroids were potent anesthetics, but we believed others were going to prove to be useful for treating several psychiatric disorders,” Covey said.

Unfortunately, NIH sent a letter informing them that the Program Project Group would lose its funding.

Shortly after the letter was received, Zorunski started work on a new white paper, in which he tried to explain the importance and potential benefits the project would deliver.

“It was written around the time that Doug Covey and I were just starting to interact with Sage Therapeutics, and it was built around the idea that we could take neurosteroids — as well as the synthetic molecules that had been developed here at Washington University — and turn them into therapies,” Zorumski said.

“We weren’t entirely sure what these molecules actually would treat, but epilepsy was a clear target, so was insomnia, and so was postpartum depression,” he added.

The proposals he made in the paper caught the eye some interested parties and received funding, which was the basis for the Taylor Family Institute for Innovative Psychiatric Research.

The results of the research were extraordinary, to say the least.

“We’re literally only about six years from when the institute was created, and there already could be new drugs coming to market just several months from now,” said Zorumski, now acting as the director of the institute.

Now, Sage is seeking for the FDA’s approval of two new neurosteroids that he developed as a result of the Washington University’s research. One of them is an IV drug called brexanalone – called in treatment of postpartum depression, and the other an oral drug called Sage 127 – used for clinical depression in men and women alike.

Within the first five years of its existence, the Taylor Institute’s scientists published more than 60 scientific papers. Since then, they resumed preparation of new compounds with the intent of increasing the initial set of more than 700 compounds, with many more U.S. and foreign patents in the works. The partnership of Taylor Institute and Sage’s researchers keep on discovering and applying new ways in their effort of optimizing those neurosteroids for therapeutic use in humans.

Covey has patented many of the molecules that have been created in his lab, and served as a partner for Sage, and Zorumski serves on the company’s scientific advisory board. Because of this collaboration, many precautions have been taken in order to avoid conflicts of interest, and one of them is clinical testing of neurosteroids being done at some other centers.

The institute has some other clinical research in the works as well. One of them includes researchers doing clinical testing of anesthetic drugs like ketamine and nitrous oxide, in an effort to help with depression. Their mission is finding new ways to provide comfort to many individuals, families, and friends whose lives have been affected by psychiatric illnesses.

“The success of the Taylor Family Institute demonstrates the critical impact of private philanthropy on Washington University’s efforts to improve human health,” said David H. Perlmutter, MD, executive vice chancellor for medical affairs and the George and Carol Bauer Dean at the School of Medicine.

“The investment to launch the institute was instrumental in helping our scientists make discoveries that hold great promise for ameliorating the burden of mental illness, and their continued support will bolster our ability to work on the therapeutic frontiers of psychiatry,” he added.