It is a common occurrence for many seniors to take daily medication, and especially so for those that have chronic health conditions. It has been reported that polypharmacy use among people aged 65 and older has been increased to 39% in the period between 2009-2012, a rather big number when you consider that during the period of 1994-1998 it was only 14%. In addition to that, the use of medication and the costs for said medication are expected to increase as well. That aside, not following the guidelines for taking medication, which include skipping doses or not taking the medications at all, continues to be a big problem among the senior population and as such – might lead to unwanted consequences to their health and increase the health care costs accordingly. This is not a simple problem, as it consists of various factors that include self-perceived health and depression, medication costs – to name a few.

Two new studies have been published by researchers and colleagues at Texas A&M School of Public Health that researched the effect chronic disease self-management intervention have on medication non-adherence and whether cost-related factors affect the chances seniors adhering to their medications. The lead author on both studies was Shinduk Lee, DrPH, a postdoctoral research associate in the Center for Population Health and Aging, in collaboration with  Center Director Marcia Ory, PhD, Y. Alicia Hong, PhD, and Diane Dowdy, PhD, all from the School of Public Health, and Luohua Jiang, PhD, MD, of the University of California, Irvine.

Many forms of intervention have been introduced in order to combat medication non-adherence, but they are complex, consisting of lots of components – which makes isolation and understanding how they interact rather difficult. The first study’s goal was to get a better grasp of those factors, and it was published in the journal Translational Behavioral Medicine. This study examined the long-term effects of the Chronic Disease Self-Management Program (CDSMP), covering many different topics like exercise, nutrition, and communication – to name a few. Treatment option evaluation has shown promising results in improving medication adherence.

Some earlier research has revealed that CDSMP participants enjoyed some improvements in regards of many factors which include health, depression and communication with health care agencies within six months after the program. It is worth noting that these improvements were going strong well over the next 12 months. It was proved that these factors have an effect on medication adherence, which led researchers to use data from a national CDSMP evaluation in order to get a better understanding of the effect six-month improvements had on long-term medication adherence. Additionally, they also focused on participants that had higher risks of non-adherence, especially those that reported major depression when they started the CDSMP.

What Lee and his colleagues found was that medication adherence reported by study participants didn’t show any improvements at the six-months follow-up, but it did show bigger improvement after twelve months. They said this might be due to changes in depression, health and communication during the six-months period led to some long-term behavior changes. Short-term improvements in depression, as well as the self-reported health, were connected with long-term changes in medication adherence in participants that reported major depression symptoms at the beginning of the program.

“These findings add to our understanding of medication nonadherence, but further research into more possible drivers of nonadherence and studies that focus more on subgroups with greater instances of nonadherence, such as people with major depression, will be needed,” Lee reported.

Medication non-adherence due to costs

There was another part of medication non-adherence that Lee and his colleagues looked into and that were the effects of cost and non-cost factors. Lee and his colleagues published a study in the Centers for Disease Control and Prevention journal Preventing Chronic Disease, in which they explored the effects of financials and patients’ state of mind and beliefs in terms of cost-related medication non-adherence, or CRN for short. CRN is a recurring issue affecting anywhere between 10 to 40% of seniors. Their proposition was that some other factors would have an effect on the connection between financial resource availability and CRN, and some of the factors they listed were patient satisfaction, health care access, medication affordability, as well as patients’ attitudes and beliefs.

What Lee and his colleagues used for their study was a nationally representative sample from a 2015 National Health Interview Survey. Their focus were people that have been diagnosed with diabetes or high blood pressure, were receiving prescription medication for said conditions, and were over 65 years of age. The focus of their study included three types of CRN – skipping medication, not taking the full amount of medication, and delays in filling or refilling their prescription in order to save money.

They concluded that about 6% of participants reported CRN, which is conclusive with numbers found in other research studies. Their study also revealed that patients’ attitudes and beliefs on medication affordability, health care access and satisfaction have an effect the relationship between finances and CRN, which would imply that said finances can’t account for CRN in total. The biggest effect that was affecting CRN was revealed to be medication affordability, something that was also determined in other research studies. Another strong effect on CRN was patient satisfaction, as where there was evidence of higher satisfaction, lower rates of CRN could be found.

However, the study had its own limitations in the sense that it didn’t account for factors like concerns regarding medication such as the potential side-effects and the perceived needs of said medication. Nonetheless, this work of study is one of many studies whose goal is to research the potential factors that have an effect on the relationship between financials and CRN. According to the researchers, interventions that could increase medication affordability, as well as improving people’s attitudes and beliefs would help alleviate CRN and some new research might be able to go into more details into those attitudes and beliefs, as well as do some research into other factors like perceived need and medication concerns.

A multifaceted problem with the medication adherence

These studies have increased our understanding of the complex and closely-connected factors that affect medication adherence. Some more research into these issues could and would build upon that knowledge and aid researchers to gain some more insight into non-adherence. Policy makers and health care providers would also be presented with new ways in which they could improve medication adherence in seniors.

“It is important to recognize the complexity of medication adherence behavior. While both studies have focused on the individual-level factors, future studies should also incorporate practice- and environment-level factors as well,” Lee said. 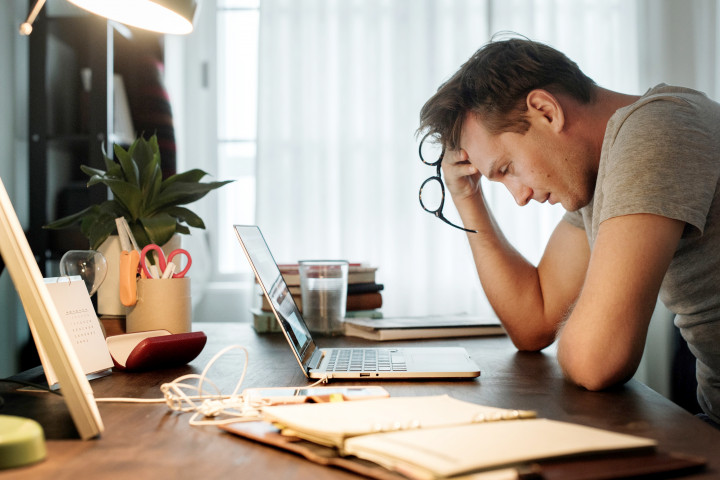