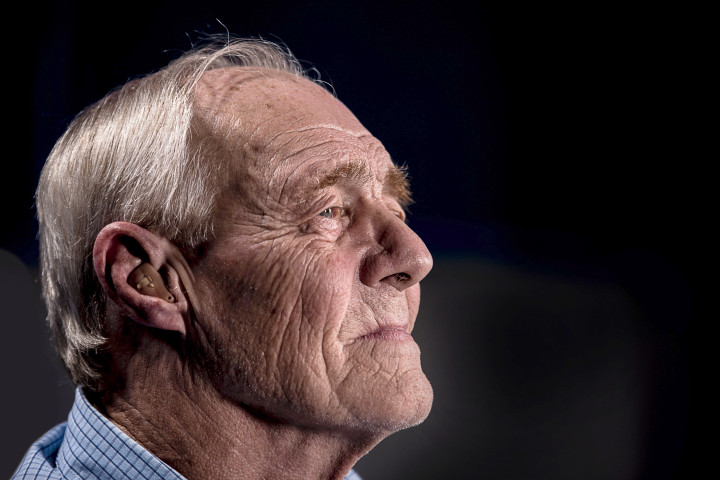 According to a study of over 1 million women in the UK, obesity in middle-aged people is associated with an increased risk of dementia later in life.

A team of British and international researchers found that those in their mid-50s who were overweight were 21% more likely to develop dementia 15 or more years later than women of healthy weight.

The study adds "to the data that informs you what to do with yourself at mid-life - and even earlier will increase the chances of developing dementia with age,’’ said Keith Fargo, director of scientific programs and public relations at the Alzheimer's Association in Chicago who has not taken part in the research.

To conduct the study, researchers tracked about 1 in 4 women born in the UK between 1935 and 1950, more than 1.1 million in total. When they began with the study, their average age was 56 years. Nobody had dementia.

Initially, the researchers calculated the body mass index (BMI), an estimate of body fat based on weight and height of every woman. They also asked how often do they exercise and what they eat. The women were followed for an average of 18 years.

Researchers found that during that time, about 2.1% of women who were overweight, were diagnosed with dementia, compared to 1.6% of normal-weight women.

The study was published online in the journal Neurology on December 18.

Dr. Gayatri Devi, a neurologist and psychiatrist who specializes in memory disorders at Northwell Health in New York City, said that many factors related to obesity are bad for the brain.

This includes increased inflammation rates, high cholesterol and an increased risk of stroke, said Devi, who was not involved in the study. Overweight people tend to sleep poorly due to sleep apnea, and their brains struggle to function properly due to lack of oxygen.

"You are damaging your brain when you are overweight because your brain needs a lot of oxygen and a lot of nutrients in order to function day after day and to maintain structural integrity," he said. "Anything that questions the body's ability to maintain proper brain function and structure also increases the risk of developing cognitive decline as you get older."

Is low-calorie diet and physical inactivity related to dementia?

The researchers also examined whether an inadequate low-calorie diet or physical inactivity was related to dementia. They found it was not related.

The study found that inactivity and low-calorie intake were linked with a higher risk of dementia in the first 10 years of study, but the relationship weakened in the following years until it became insignificant.

"Other studies have shown that up to a decade before being diagnosed with dementia people become inactive and lose weight," said lead researcher Sarah Floud of Oxford University in a press release. "The short-term relationships between low-calorie intake, inactivity and dementia are probably the result of the earliest signs of the disease before symptoms appear."

But Fargo said that he doesn’t trust these discoveries very much since the study was relatively short and the fact that exercise and diet are so closely related to obesity.

"If you have obesity at 56 years of age, most probably you haven’t paid much attention to your diet or being physically active for decades," he said. "I think it's a little difficult to unravel the story of obesity and physical activity/nutrition, especially since they only measured physical activity and nutrition once, right when they were enrolled in the study. Nobody knows how much were the individuals physically active or how was their diet in that period of 15 to 20 years."

It is also impossible to say from this study if by eating right, losing weight and being physically active will reduce your chances of developing dementia later, Fargo said. Ongoing clinical studies should shed some light on that question.

However, Devi said she was "absolutely" sure that an overweight person who is losing weight in mid-life has higher chances of avoiding dementia.

"I think that it is always the right time to improve cardiovascular and overall physical health, brain health, and lower the risk of developing Alzheimer's," said Devi.