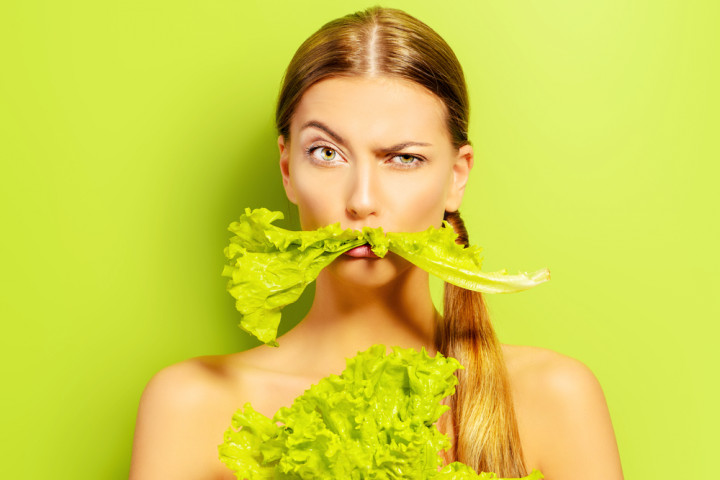 Researchers say that pescatarians have a lower chance for heart disease rather than people who eat meat, but the risk of stroke is not increased. They believe they know why.

People who go on diets that exclude eating animal products and meat are believed to be healthy and loss weight faster. But there might be a hidden danger in these vegetarian diets, such as a higher risk of stroke.

In September 2019 a study was published in the BMJ, and researchers saw that the risk for coronary artery disease a type of heart disease decreased by 22 percent in non-meat-eaters, but the risk for hemorrhagic stroke increased by 20 percent. However, pescatarians or people who don’t eat meat but only fish had the same chances for a stroke but their risk for heart stroke was 13 percent lower than meat-eaters. (The authors didn’t compare these risks in vegetarians and fish eaters.) It took researchers 18 years and 48,000 people in Great Britain to draw the results.

“We have found that vegetarians had a higher risk for stroke than meat-eaters, due to a subtype of stroke-related to bleeding in the brain so-called hemorrhagic stroke,” says lead researcher Tammy Tong, Ph.D., a nutritional epidemiologist at the Nuffield Department of Population at the University of Oxford in England.
Research done in the past unlike this study determines why: Nutrient deficiencies common for non-meat-eaters are associated with a higher risk for hemorrhagic stroke.

The perks of plant-based diets

Avoiding meat and animal products is considered to be healthy by a lot of people. These diets are more popular than diet fads endorsed by celebrities. Researchers have found that the plant-based diet styles, such as vegetarian diets might reduce the chances of a risk for heart disease, type 2 diabetes, and obesity. Studies cited in an article, published in the Summer 2016 issue of The Permanente journal suggested those health benefits. If vegetarian diets are followed improperly, B12 vitamin deficiencies may occur. Tong claims that some previous studies suggest that the risk for stroke is higher in people who have a B12 deficiency, but it has never been proven. It is very important to know that plant-based eating has some health-related dangers.

Due to the American Stroke Association, hemorrhagic stroke is most common when a blood vessel bursts out in the brain and blood is leaked into the surrounding tissue. The affected part of the brain malfunctions because cells die as a consequence of the bleeding. But according to the Centers for Disease Control and Prevention 9 out of 10 cases are ischemic rather than hemorrhagic. When blood flow through an artery is blocked, usually by a blood clot, ischemic stroke occurs.

Sarah Samaan, MD, a cardiologist with Baylor Scott and White Legacy Heart Center in Piano, Texas, is suggesting that vegetarians do not get essential omega-3 fatty acids in their diet. Fatty fish such as sardines, salmon, herring and trout are abundant in omega-3 acids and the American Heart Association recommends eating these fish at least two times a weak in order to reduce the chances of stroke or heart disease.

“Even though some oils or nuts are a good source of omega-3s, the body does not absorb this plant-based form nutrients as efficiently as it absorbs omega-3s from fish.” says Dr. Samaan, who is also the author of DASH(Dietary Approaches to Stop Hypertension) Diet for Dummies. “Vegans have a higher risk of hemorrhagic stroke due to the lack of animal-based nutrients such as healthy fats.” She claims that fish is lower in cholesterol than meat and therefore blood vessels inflammation is rare.

“The results match with the lower risk of heart disease in pescatarians,” says Samaan, who has been eating fish and plant-based Mediterranean diet over the past 30 years.

“There are several ways of eating healthy and this diet is supported by nutritional research when it comes down to brain health, heart health and cancer risk reduction.”

Among vegetarians, the higher stroke risk was small in comparison with their lower heart disease risk

Researchers claim that among plant-based dieters, the higher stroke risk was small compared to the lower risk of heart disease. For more than 10 years, 10 out of 1.000 people had coronary heart disease, but 3 more cases of stroke in 1,000 were vegetarians.

“It is very important to know that the two outcomes reported here have risk differences, which suggests that the higher risk from stroke is small when compared to the lower risk from coronary heart disease,’’ says Tong.

The American Heart Association suggests that vegetarian diets are healthy for the heart and so does the investigation.

“Vegetarians have a lower risk of heart disease, and this is probably associated with the lower BMI(body mass index), blood pressure, cholesterol and rate of diabetes that vegetarians have rather than the meat-eaters who have more risk factors for heart disease.

The study’s findings should be approached differently because of other reasons involved. The authors claim that only this observational study has been made, so it is yet to be known whether any of these diets contribute to the reduction of stroke or heart disease.

Also, it is very important to know that only European individuals were participating in this study, and the same results may not apply to other populations. Also, the information about the diets was self-reported which may have affected the results. Scientists claim that more research needs to be done in other populations.

“In order to assess the overall health of plant-based diets,” says Tong, “other results need to be considered which were not included in this study.”