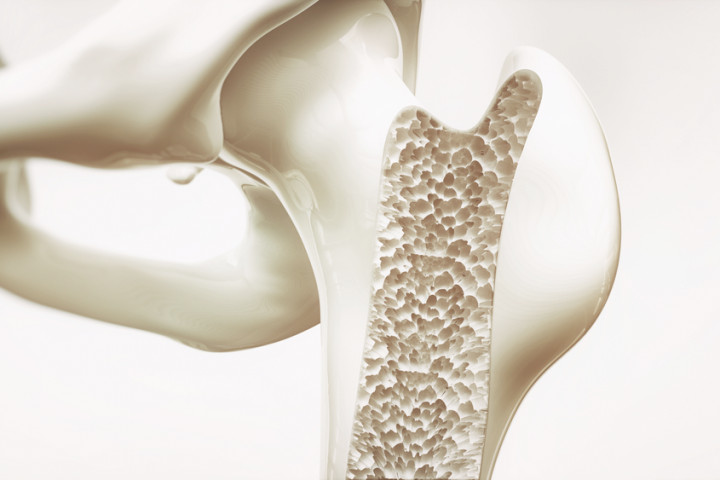 With the help of some specialized tools, scientists have managed to discover a couple of new genes that seem to increase the risk of osteoporosis by affecting bone density. This new discovery could very well open the doors to some new and improved treatments for osteoporosis.

The study was done by researchers at the Children’s Hospital of Philadelphia (CHOP), Philadelphia. It points out the importance of getting a better understanding of 3D genome modeling when identifying genes that contribute to diseases.

The study group did note that the identification of DNA differences among various diseases might not be enough to help discover genes that can cause a certain disease. According to them, these DNA differences might only act as triggers for genes in a completely different part of the genome.

A paper that was published in the journal Nature Communications, researchers describe the process they used to explore the 3D geography of DNA within bone-forming cells so as to find the genes that affect bone mineral density.

According to their suggestions, the methods they used could also be helpful when studying some other genetic diseases, like pediatric diseases.

As the co-senior author of the study, Struan F. A. Grant Ph.D., said, "The geography of the genome is not linear." He is a director of the Center for Spatial and Functional Genomics at CHOP.
"Because DNA is folded into chromosomes," he adds, "parts of the genome may come into physical contact, enabling key biological interactions that affect how a gene is expressed. That's why we study the three-dimensional structure of the genome."

Simply put, osteoporosis is a condition that weakens the bones over time, increasing the risk of bone fractures. The regions that are most usually affected by this disease are the wrists, the spine, and the hips.

During normal conditions, bone tissue is alive, and constantly regenerates, adding new bone tissue while removing the old one. When we’re young, this process is more focused on creating new tissue, which allows the bones to grow faster and become stronger.

As we age, though, this ability of producing new bone tissue reaches its peak and eventually slows down, leading to less dense bones, and therefore – weaker bones, more prone to fractures.

According to the National Institute of Health (NIH), there are over 53 million people in the U.S. that either have this condition or are at an increased risk of developing it due to low bone mineral density.

Osteoporosis’ connection with the genome

The human genome was decoded over 10 years ago. This significant scientific discovery has allowed a great number of genome-wide association studies (GWAS, for short) to discover variants, otherwise known as building block sequences in DNA, that seem to be found among people that have specific diseases.

In the study, Dr. Grant and colleagues said that osteoporosis has "an essential genetic component."

They did note, however, that even though GWAS was able to identify DNA variants that appear to be "robustly associated with bone mineral density," this shouldn’t be confused with actually identifying the exact genes that control the bone creating process.

Therefore, the goal of this study was to use GWAS to locate bone material density variants in a high enough resolution, otherwise known as 3D “variant-to-gene mapping” in human osteoblasts – genes that are responsible for the formation of new bone tissue.

This required an analysis of the 3D geography of the tightly packaged DNA in the chromosomes. With the help of a special “spatial genomics” technique, researchers were able to produce a map of the “genome-wide interactions” that occur between GWAS-derived bone mineral density variants and the other part of the genome.

With the help of this, they were able to detect “consistent contacts” to possible casual genes at approximately 17% of the 273 GWAS-derived bone mineral density locations that were investigated.

This resulted in the discovery and identification of a couple of new genes that have a potential “causative role” in osteoporosis. The genes that were identified are ING3 and EPDR1. Researchers affirmed these genes’ strong role when they proved that when inactive, they stop osteoblasts from creating new bone tissue.

The research team didn’t rule out the possibility of other “causative genes,” though. But they noted that the gene variant that connects to ING3 is strongly related to bone density in the wrist, which seems to be the most common place that gets injured in our infancy.

They noted that new studies focused on the biological pathways that are connected to ING3 might open the doors to some new treatments designed to strengthen bones and prevent new fractures.

Dr. Grant and his team have begun collaborating with other groups at CHOP and different institutions with the goal of creating new variant-to-gene 3D maps for other types of cells. These new “atlases” could prove to be quite useful for further development of new treatments for a variety of diseases, which include, but are not limited to, “pediatric cancers, diabetes, and lupus," says Dr. Grant.

"We have identified two novel genes that affect bone-forming cells relevant to fractures and osteoporosis. Furthermore, the research methods we used could be applied more broadly to other diseases with a genetic component," he added.