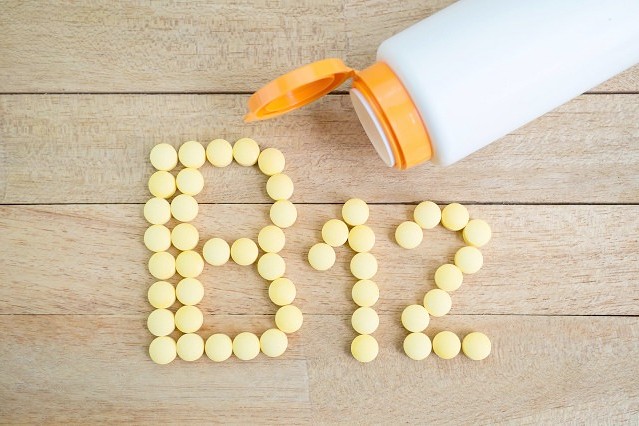 Metformin has been said to reduce vitamin B12 levels in patients with diabetes, according to researchers.

The most common prescription drug that has been given to people with type 2 diabetes might actually be causing irreversible nerve damage to them.

Also known by the name Glucophage, metformin is prescribed to over 120 million patients all over the world. This prescription drug works by reducing the glucose production in the liver, while at the same time increasing the person’s insulin sensitivity.

A study that has been conducted recently by researchers in two hospitals in the U.K. confirmed the already feared concern that doctors have been aware of for a while, and that is – metformin is the cause of vitamin B12 deficiency in about 10% of patients.

This research has been carried out by Dr. Kaenat Mulla and his colleagues at the Hucknall Road Medical Centre in Nottingham. Researchers made an audit of vitamin B12 screening and deficiency with female patients that have type 2 diabetes and were also using metformin.

The importance of B12

It is well-known that vitamin B12 is crucial to the development, as well as brain and nerve function. What’s most concerning about this is that even though a patient might be managing their blood sugar at normal levels, they could still suffer severe and permanent nerve damage. This happens because B12 is crucial to the creation and maintenance of the myelin sheath, which is a fatty substance that protects the central and peripheral nervous system.

The press release by researchers stated that “nerve damage in the periphery (e.g. face, limbs, organs), is a common complication of diabetes, with symptoms that range from numbness to pain, and can lead to debilitating loss of balance and coordination.”

The misdiagnosis of peripheral neuropathy could be given due to the patient’s blood sugars, rather than to the side effects of the medication used to treat the diabetes.

Mulla elaborated that the “current British Society of Haematology guidelines recommend that vitamin B12 levels are checked only when there is clinical suspicion of deficiency.” She further added, “However, peripheral neuropathy is irreversible and it may be too late once symptoms have developed.”

A doctor that is unaware of this could prescribe an even higher metformin dosage with the intention of improving the patient’s blood sugar level, not knowing that the cause of this are the side effects of the drug he/she is prescribing. Dr. Caroline Messer, a clinical assistant professor and endocrinologist at Mount Sinai School of Medicine said that the issue with this is that while there are doctors that test the vitamin B12 levels in their patients, a lot more aren’t – simply because of the fact that this isn’t a part of the standardized diabetes care.

She said, “In my office, patients on metformin who are B12 deficient isn’t something we see often. It’s rare here, but this study says 10 percent of all patients taking metformin are deficient, and that’s not a small amount.”

The result of B12 deficiency

It goes without question that nerve damage is irreversible, says Messer.

There is, however, a way to prevent further nerve damage, and this is done by first identifying the B12 deficiency and then treating it with B12 supplements.

B12 deficiency can include various symptoms which vary, but the most common ones are diarrhea, constipation, exhaustion, loss of appetite, pale skin, inflamed red tongue, and bleeding gums. It is worth noting that diarrhea is the most common side effect of metformin.

According to the National Institutes of Health, B12 deficiency is present in about 15% of the American population.

Dr. Messer states that B12 supplements can treat this deficiency and prevent nerve and brain damage while still taking metformin as a prescription drug.

While the normal B12 levels are found to be anywhere between 190 and 900 nanograms per milliliter, Dr. Messer’s suggestion is to treat any level that is under 300 ng/mL.

However, Mulla advises some caution, saying that patients are not advised to stop taking metformin after they’ve read this research, and elaborates that “Metformin remains the best treatment for type 2 diabetes. These findings should not discourage patients from taking it, but encourage doctors to monitor vitamin B12 levels more routinely, so any deficiency can quickly be treated.”