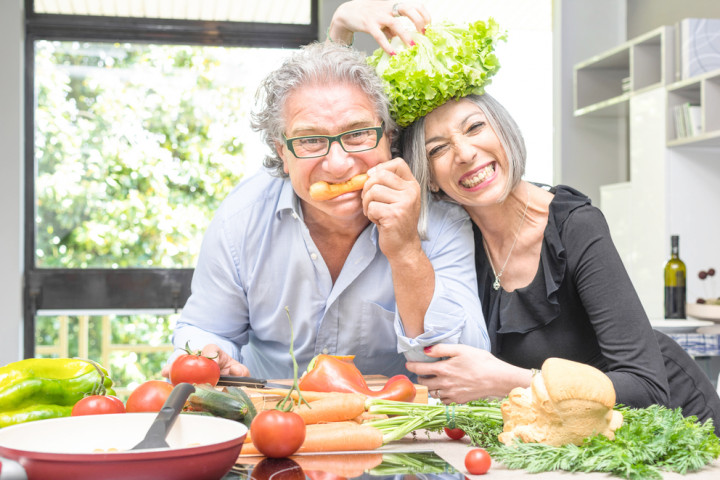 The Telegraph reports that a growing number of baby boomers – those born between 1946 and 1964 are ditching eggs, meat, and dairy and going vegan.

The vegan movement has become quite popular over the past few years. Doctors are telling us about the benefits of plant-based food, celebrities are wearing clothes that are not made from animals on the red carpet, and environmentalists are admitting the impact of animal agriculture is harsh on the planet.

However, a lot of people over 55 are going vegan, mostly for health and animal welfare reasons. This doesn’t go unnoticed, because there are around 76 million baby boomers only in the U.S, which means 29 percent of the current population.

The Telegraph spoke to Eileen Giles, a 76-year-old lady who went vegan in 2017. “I’ve never felt better in my entire life, if only I went vegan years ago,’’ she told the publication.

“My knees and back are in pain most of the time because of my arthritis,’’ she explained. “There was a period when I was using Tramadol for the pain, and it didn’t only take the pain away, but it numbed almost every feeling too, which made me feel like a zombie.’’

“But two years ago, I became vegan and the pain became more manageable, and I now I don’t take any medication at all,’’ she said.

Research suggests that dairy products and beef is linked to rheumatoid arthritis. Experts say that people who eat plant-based food such as pumpkin seeds can cope more easily with symptoms like, stiffness, pain and swelling.

Even though Giles enjoys the benefits of plant-based foods, she was inspired to change her diet due to ethical reasons. When her husband brought home two sirloin steaks, Giles could not imagine eating them.

“My entire body was telling me I should stop eating meat… I shouldn’t be eating the lambs we saw running around the fields, and then I watched a lot of documentaries about animal cruelty in the meat industry on YouTube, and I hated it,’’ she said.

Dulce Bradshaw who is 64 years old said that when she ate meat, she was experiencing indigestion, lethargy and cramps. “When I went vegan, not only did my health improve, but also the cramps, indigestion and lethargy went away,’’ she said.

The power of plant-based food is proven by both a growing bank of research and anecdotal testimonies. One study found that chronic diseases can be prevented or reversed in people who followed a vegan diet. Other research suggests that a vegan diet can lower the chances of developing dementia.