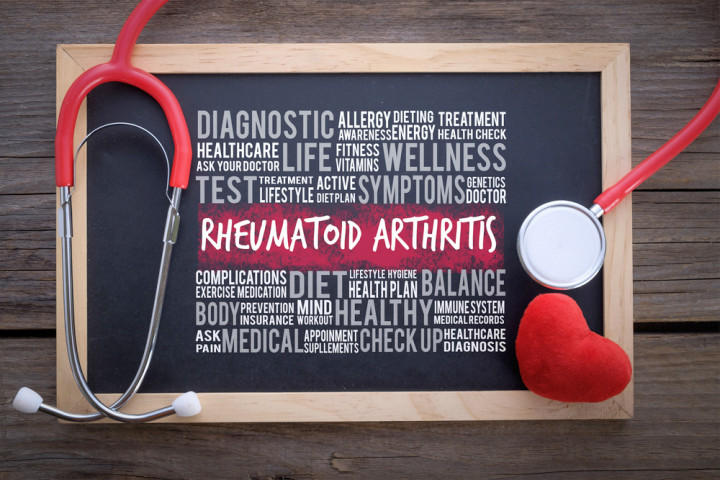 What is rheumatoid arthritis?

What symptoms should you look out for and where can you find them? 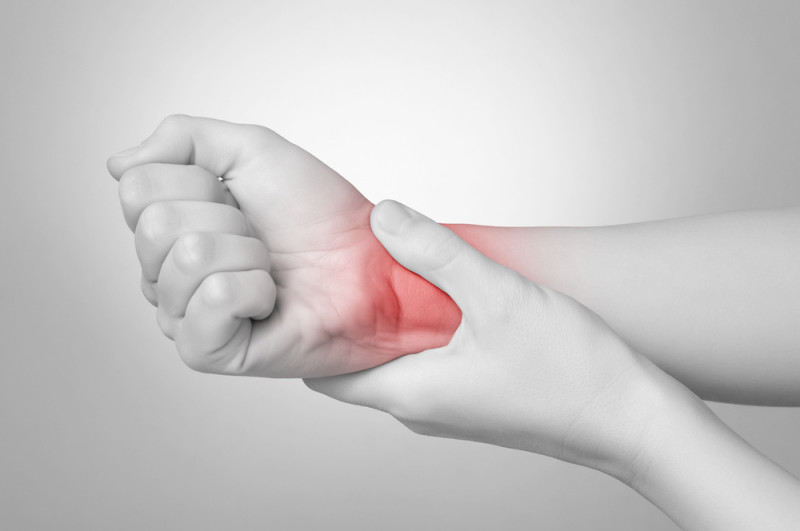 This is a very common symptom for rheumatoid arthritis, present during all stages of the disease. Fatigue is usually caused by the body’s reaction to inflammation, bad sleeping habits, anemia, and as a side-effect of some medications.

The fatigue brought upon by rheumatoid arthritis will lead to decreased energy which will negatively affect your emotional state, work performance, social interactions, attentiveness, including cognitive abilities. This early symptom of rheumatoid arthritis is also connected with some other symptoms such as low appetite and weight loss.

2. Pain in the joints

When the rheumatoid arthritis is active, it causes inflammation in the joints, which results in swelling due to thickening of the joint lining tissue (also known as synovium) and an excess of joint fluid. When this happens, it causes the inflamed joint to stretch, irritating the surrounding capsule in the process. Since the joint capsule has nerve endings, they send pain signals to the brain.

Rheumatoid arthritis can cause permanent joint damage, destroying the cartilage, bone, and ligaments in the process. This can cause unbearable pain.

3. Tenderness in the joint

Another symptom of rheumatoid arthritis is tenderness in the affected joints. This happens because the lining tissue in joint in question irritates the nerves in the joint capsule. When this happens, the joint will feel tender to the touch, causing pain. This symptom is one of the common reasons why people affected by rheumatoid arthritis can have difficulties sleeping and insomnia.

4. Swelling in the joint

Swollen joints are also a common symptom of rheumatoid arthritis. The good part about this is that the swelling can sometimes be very small and hard to notice. The bad part is that sometimes this swelling becomes very big and noticeable. In general, people with rheumatoid arthritis will be able to notice swelling in their joints. The way joint swelling affects people’s lives is by reduced mobility, while joint swelling in the fingers will make it hard to remove rings easily.

6. Warmth in the joints

Joint warmth caused by rheumatoid arthritis is usually a sign of active inflammation. When doctors are looking at the disease activity, they usually check for joint warmth. When treatment is applied and the arthritis responds to it, this symptom dissipates. At times, you can notice some warmth in the joint even though no joint swelling or redness is visible.

7. Stiffness in the joints

Joint stiffness is a rather common symptom for rheumatoid arthritis. The affected joints are stiff to the touch and this happens usually during the morning. When doctors try to figure out the degree of active joint inflammation, they measure the duration of morning joint stiffness. As it is with joint warmth, when the arthritis reacts to treatment, the duration of the joint stiffness shortens as well.

With increased inflammation due to rheumatoid arthritis, the joints’ range of motion becomes smaller as well. This decrease of joint motion is caused by joint swelling, which is another symptom of rheumatoid arthritis. This symptom is usually accompanied by weakness in the affected areas.

When the joints are subjected to prolonger rheumatoid arthritis, this range of motion decrease becomes permanent.

Polyarthritis is a type of rheumatoid arthritis symptom that affects several joints at the same time. Most commonly, rheumatoid arthritis affects the joints in the hands, wrists, and balls of the feet. While rare, it is not uncommon for knees, elbows, hips, ankles, and shoulders to get affected as well.

At times, not many joints get affected by inflammation, and at times, a single joint gets affected. These two situations are more commonly found in childhood inflammatory arthritis, also known as juvenile rheumatoid arthritis.

While several diseases of the nerves can cause limping in the muscles and bones of lower extremities, rheumatoid arthritis can also be the cause of this symptom. This is because when rheumatoid arthritis affects the hips, knees, ankles, or feet – the accompanied pain, loss or range of motion and joint swelling can cause the people affected by it to have a limp. Children can also have a painless limp, which is usually the first symptom for rheumatoid arthritis.

Rheumatoid arthritis commonly affects several joints on both sides of the body, and when this happens, it’s called symmetric polyarticular arthritis. The most common joints that get affected are usually the small joints in the hands, wrists, and feet. During the early stages of the disease, the knees, ankles, shoulders, hips, and elbows can also get affected.  The early symptoms of this inflammation can occur gradually and, at a times – rapidly increase in intensity. The inflammation can lead to several other symptoms such as stiffness, which is more prominent during the morning, joint warmth, swelling, redness, and pain with different degrees. Another symptom that this type of arthritis causes is loss of range of motion caused by the swelling. The accompanying pain can become unbearable and it’s not connected with the degree of inflammation.

Like we said, all of these symptoms can affect every person differently, during various parts of the day. The degree and effect that every symptom has depends heavily on the person’s age, physical activity, medications, or accompanying medical conditions that the person might have.

Since rheumatoid arthritis is accompanied by pain, swelling, and joint tenderness, loss of function is inevitable. Swelling and increased sensitivity decrease full range of motion and stability of the joint, making the person unable to perform a normal movement. Loss of joint function will inevitably lead to limp, bad coordination, weaker grip and agility, and even disability.

The chronic inflammation caused by rheumatoid arthritis leads to a decreased circulation of red blood cells in the system. Because of this, the reduced blood count will inevitably lead to anemia during the active period of the disease. This symptom usually subsides once the correct treatment has been applied for rheumatoid arthritis.

It is uncommon for people with rheumatoid arthritis to display this symptom when the disease is active, causing inflammation. Usually, only a mild temperature increase will be present which decreases once proper treatment has been applied. Since patients affected by this disease need to take medications that reduce the immune system, it is of great importance to seek doctor’s opinion as fast as possible, as it might be caused by an infection. If an infection is present, an aggressive treatment might be necessary which means that the arthritis treatment will need to be suspended for that period.

Since rheumatoid arthritis is a chronic disease which causes pain and disability, it might also lead to depression. This might happen due to constant frustrations, accompanied by sadness, feeling of hopelessness and isolation. This personality change is referred to by doctors as reactive depression since it is caused by a certain situation. When depressed, people are advised to share their feelings on the matter with their designated healthcare provider. This will help them gain a better understanding of their body, which could help improve their emotional state and overcome depression.

What other rheumatoid arthritis symptoms are there?

Rheumatoid arthritis can also cause some other symptoms than the ones we mentioned in this article. Only one joint can get affected in the beginning, which can later lead to some more common joints of the body, in one or both sides. In some rare occasions, inflammation can be noticed in a body area that doesn’t have any joints at all. An example of that is the lining of the lungs, which can get inflamed, causing pleurisy and this can happen months before rheumatoid arthritis develops. At times, a small number of joints can get affected, which might make the doctor suspect another type of inflammatory rheumatoid arthritis, and there are over 100 types of arthritis. It might take some time for this to progress to the more common symmetrical polyarthritis which affects several joints on both sides of the body. Being well informed about the early symptoms of rheumatoid arthritis will allow doctors and people affected to start proper treatment, which helps a great deal in the long run.