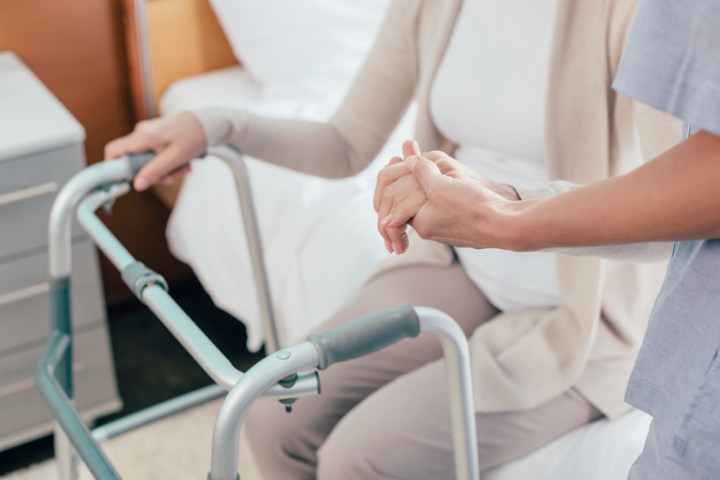 Home / News / As seniors age, they turn to assistive devices for help, but not all their needs are met

Around 25 million aging Americans have to rely on the help of others, as well as devices like canes, raised toilets and/or shower seats so as to perform their daily duties and necessities. The study’s goal was to document the ways seniors adapt to their ever-changing physical abilities.

The study was done by researchers from the Johns Hopkins University, and it focused on the response of seniors to changes in physical functions, which is a topic that hasn’t received the attention it deserves. The results revealed that around one third of seniors that live in communities (almost 13 million seniors) have a greater need of help with day-to-day activities like bathing, getting dressed, eating, going to the toilet, getting in and out of bed, or simply walk around the house. The second third have fewer needs, and the last third go about their lives with little to no difficulties.

This report can serve as a reminder for seniors and their families, allowing them to plan ahead to accommodate their loved ones’ future needs.

“The reality is that most of us, as we age, will require help at one point or another,” said Dr. Bruce Chernof, president of the SCAN Foundation and chair of the 2013 federal Commission on Long-Term Care. In regards to Medicare’s failure to cover the long-term services and supports that allow seniors to age in place, Dr. Chernof said, “We need to lean in much harder if we want to help seniors thrive at home as long as possible.” (KHN’s coverage of aging and long-term care issues is supported in part by the SCAN Foundation.)

Older reports have touched on the need for paid and/or unpaid help in the senior population, as well as the number of seniors whose needs are not satisfied. To be more precise, in 2017, the same team of researchers at Johns Hopkins came to the conclusion that 42$ of seniors that have probable dementia or facing difficulties with day-to-day activities don’t get help from families, friends, or paid caregivers, which is a substantial amount.  Out of all seniors that have at least three chronic conditions and bigger needs, 21% didn’t get any kind of help.
However, personal care isn’t everything that seniors need in order to stay at home when they start to lose their fitness and physical capabilities. Other forms of help these seniors can get include devices and home modifications.

Before this study was performed, it wasn’t known how many seniors that use “assistive devices” such as canes, walkers, wheelchairs and scooters for people with physical impairment; shower seats, tub seats and grab bars to help with bathing; button hooks, reachers, grabbers and specially designed clothes for people who have difficulty dressing; special utensils designed to make eating easier; and raised toilets or toilet seats, portable commodes and disposable pads or undergarments for individuals with toileting issues.

Judith Kasper, a co-author of the study and professor at Johns Hopkins’ Bloomberg School of Public Health said, “What we haven’t known before is the extent of adjustments that older adults make to manage daily activities.”
The research data was gathered from a 2015 survey done by the National Health and Aging Trends Study – a leading source of information regarding the functionality and disability among seniors aged 65+. Over 7,000 seniors completed the survey in their homes, and the results of the survey were then extrapolated to 28.8 million seniors in America that live in the community. Seniors that live in nursing homes, assisted living centers, continuing care retirement communities and other institutions were excluded from the survey data.

Some of the more important findings from the survey include:

The degree of assistance needed was increased with age, seniors aged 85+ used more than one “assistive devices” including some personal assistance, compared with 23% of seniors aged between 65 and 74.

Experts point out the issue that Medicare doesn’t pay for most of these forms of non-medical services, with some exceptions, of course. Due to that, a large number of seniors, and particularly seniors near and at the bottom of the income scale don’t receive any assistance, even though they are enrolled by Medicaid. (Medicaid community-based services for low-income seniors vary by state and often fall short of actual needs.)

Their lives’ uncertainty is explained in a companion report on financial strain experienced by seniors that are in need of long-term services and support mechanisms. A bit above 10% of seniors that have high needs have experienced at least one difficulty, such as the inability to pay for medical bills or prescription drugs (5.9%), utilities (4.8%), rent (3.4%), meals (1.8%). These numbers include people that had more than one difficulty, and that was reflected in these numbers.

These forms of negative effects have put seniors’ lives at risk, and have also added to the number of potentially avoidable visits to the hospital and nursing home placements. With the growing number of seniors in mind, who will likely need some assistance, “I think there’s a need for Medicare to rethink how to better support beneficiaries,” said Amber Willink, co-author of both studies and an assistant scientist at Johns Hopkins’ Bloomberg School of Public Health.

That is already happening, as we can see from the passing of the CHRONIC Care Act last year, that has allowed Medicare Advantage plans to provide supplemental benefits like wheelchair ramps, bathroom grab bars, transportation and personal care to chronically ill patients. However, it’s unclear just how much this will help in the coming years. The plans that are available this year (they cover 21 million Medicare users) don’t have much to offer.

“We’ve had discussions with the [insurance] industry over the last couple of months to explore what’s going to happen and it’s a big question mark,” said Susan Reinhard, director of AARP Public Policy Institute, which publishes a scorecard on the quality of state long-term services and supports with some other organizations.

Up until now, people’s response was, “Let’s wait and see, and is this going to be affordable?” she added.