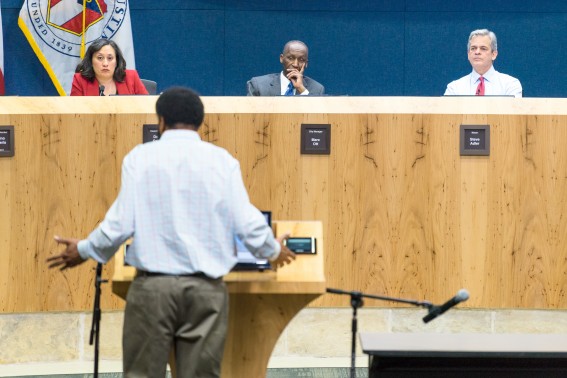 Senior citizens living in the Virgin Islands were given a unique opportunity to state their case in a mock legislative session.  This event is held each year to highlight the contributions of older citizens in the community, and participants are given a platform to discuss issues relevant to their lives.

Senior citizens tend to have the highest voter turnout, over 70% in the last American Presidential election, but this type of platform offers seniors more of a voice to express their concerns.

This group of elderly citizens took the opportunity to debate increasing the service provided to those with Alzheimer’s disease in their community.  The mock legislators also discussed the need for increased assisted living services on the Virgin Islands.

The session was of significance and urgency as the Virgin Islands does not limited service offerings specifically to those who require 24/7 care. Governor Kenneth Mapp said he is considering putting funding toward expanding the services offered to elderly patients.

Communities who need to band together to further the interests of senior citizens may want to take note of this Virgin Islands model as it gives more of a voice to those who are potentially vulnerable due to lack of proper elder care.