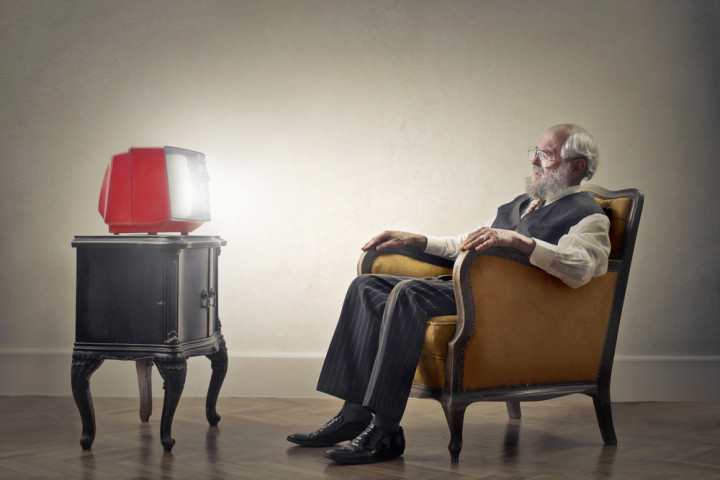 Seniors that look to maintain their mental health should consider toning down on their TV watching time. A big new study revealed that people spending even 3.5 hours a day in front of their TV have reported a significant decline in verbal memory.

Researchers at University College London in the United Kingdom went through the data from the English Longitudinal Study of Ageing (ELSA) on 3,662 adults that were 50 years of age and older.

During surveys from 2008 to 2009, and another follow-up from 2014 to 2015, ELSA participants responded to questions regarding the time spent in front of their TVs.

At the same time, they also completed tests that were designed to assess their verbal memory and fluency.

A study that was published in the journal Scientific Reports, and didn’t find any connection between the length of time spent in front of the TV and variations in “semantic fluency.”

The verbal memory tests that were performed required the participants in the study to memorize and recall words in a given time frame, and the semantic fluency tests required them to give as many examples of a category (a type of food, for example) as they could within the time limit.

The authors of the study said that even though there is a lot of research being done to study the effects of watching TV have on memory and cognition, a greater percentage was done on children.

Dr. Daisy Fancourt, one of the study co-authors, employed at the Department of Behavioral Science and Health said that “much less attention has been paid to the effects of television viewing at the other end of the lifespan, despite it being hypothesized for over 25 years that watching excessive television could contribute to the development of dementia."

Watching TV is considered to be a passive activity

Another part of the study that proved interesting is that the connection between excessive TV consumption and decreased verbal memory performance is still present – even after researchers fine-tuned the results to reflect the time spent sitting down.

When they were looking for some other reasons that might explain their results, they went into the nature of watching TV with some other sedentary activities.

The authors of the study explained that “television has been described as a unique cultural activity in that it combines strong, rapidly changing fragmentary dense sensory stimuli on the one hand with passivity from the viewer on the other."

There are lots of studies that have shown a connection between sedentary activities and mental decline in seniors, but many of them didn’t take into account watching TV. They did, however, treat it as a "proxy for sedentary behavior."

The researchers drew conclusions from studies that dealt with some other screen-based sedentary activities which didn’t connect them to mental decline.

For example, some of those studies noted that spending time on the Internet and playing games (both of which are considered to be sedentary activities) didn’t lead to a decline in mental performance, but quite the opposite – they suggested these activities might have preserved them, and in some cases, even increased mental abilities linked to problem-solving.

What watching TV does for your mental well-being?

The authors of the study note that watching TV might have an adverse effect on your verbal memory due to “cognitive stress.” According to them, this type of stress might happen due to the alert-passive nature of watching TV. Along with the psychological effect violent and graphic scenes have on us.

Another point of view for these results have been reported to be that the longer people watch TV, the less time they have to spend in "cognitively beneficial activities," like playing brain-engaging games, social encounters, or reading.

This might indicate that the seemingly negative effect watching TV has on us is not necessarily direct, but it comes with some “side-effects” of sorts, as it leaves less time for activities that would otherwise have a beneficial effect on our mental capacities, sedentary or not.

The authors of the study note that "this remains to be explored further in future studies."

Study doesn’t say there are no benefits to watching TV

In their final words, the authors of the study note that their research results don’t say that watching TV during our later years is without its benefits. For example, evidence has been found that adults that watch dramas have better results in tests that show an increased ability for understanding other people.

Some other studies have also suggested that with proper design, educational TV programs can have a great learning effect. Another way watching TV can be beneficial is in providing a way for people to take their minds at ease, and use it as a time to relax.

This research was partly funded by the British Heart Foundation. Dr. Chris Allen, a senior cardiac nurse for the charitable organization said that "it's important to remember that cognitive decline is not the same as dementia."

"But if you're concerned that the amount of television you're watching could be having a negative impact on your health, we would advise limiting the amount of TV you watch each day and working in some heart-healthy hobbies to your routine," he added.