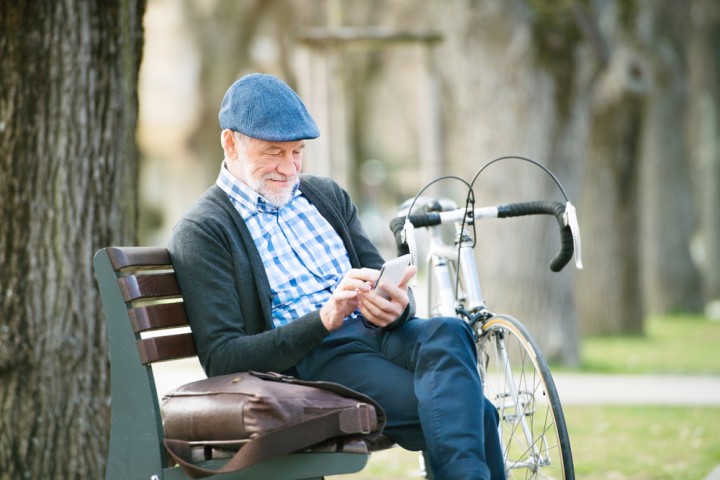 70 year old Chen Sanyuan is an elder statesman in the Pokémon Go community, but it is his extreme commitment and not his age which puts him in a league of his own.

The Taiwanese man, known by many nicknames including “Pokémon Grandpa”, has rigged up his bike with 11 phones, so he can play Pokémon Go while biking around the city.  Pokémon Go is a hit phone game based on Nintendo’s wildly popular previous iterations of the game.  When the new app came out, a craze swept the nation and it constantly made the news, sometimes for all the wrong reasons.

But, the Taiwanese senior citizen has brought a much more positive spin to the game.  He was introduced to the game by his grandson, and now he uses the game as a way to make friends and communicate with them through the app.

The experience has been so positive for the Taiwanese native that he says the game has allowed him to keep Alzheimer’s at bay.  The combined physical activity of biking and the ability to communicate with a budding community around him have bettered Chen Sanyuan’s quality of life.

His peculiar setup and dedication to the game have also made him a minor internet celebrity.  He is well-known in the Pokémon Go international community, and he has featured on the front page of Reddit.  A YouTube video details his playing habits and shows off his big rig.

Video games are one of the many ways technology is allowing seniors to stay more active, and some games are even designed with dementia patients in mind.  According to the Alzheimer’s Association, 5.7 million Americans suffer from Alzheimer’s, and this number will more than double in thirty years.  So, researchers and caregivers are in need of increased resources to combat the degenerative disease.

Chen Sanyuan provides a unique example of how a senior citizen can remain an active member of a community.  Perhaps we will see more seniors playing Pokémon Go on monstrous rigs.