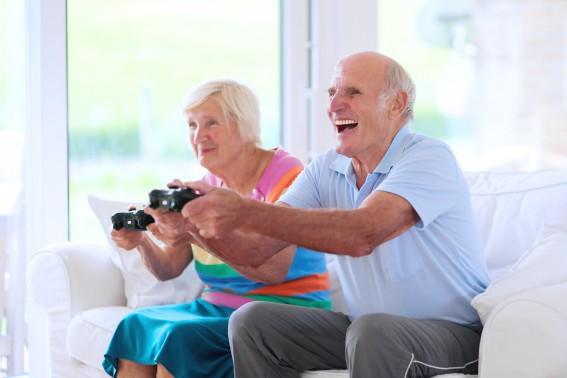 In the last several decades, video games have grown immensely in cultural influence and become the most used pieces of media by many young people.  But, as video games become more prevalent and seniors become more technology literate it is likely to see more and more nursing homes with residents playing the latest and greatest that video games have to offer.

The Wii was the first foray into gaming for many nursing homes with Wii Bowling a popular activity among many in care homes.  The Wii proved that there is no age limit to enjoying and playing popular video game titles.  However, in recent years this development has stagnated with the Wii being replaced in popularity by new iterations of Xboxs and Playstations.

However, there is still research being conducted to find how useful video games can be to senior citizens and those living in cares homes.  In 2015 British researchers found that the best video games for seniors are those that are adaptive and interactive as opposed to destructive.

Games like Wii Bowling where seniors are up and active while also competing against each other showed that seniors can get high value out of video games.  How other games can replicate other facets of activity that seniors may no longer be able to do is yet to be seen, but this niche of the market is currently untapped and waiting for a big title to come along to capture the attention of this new audience.