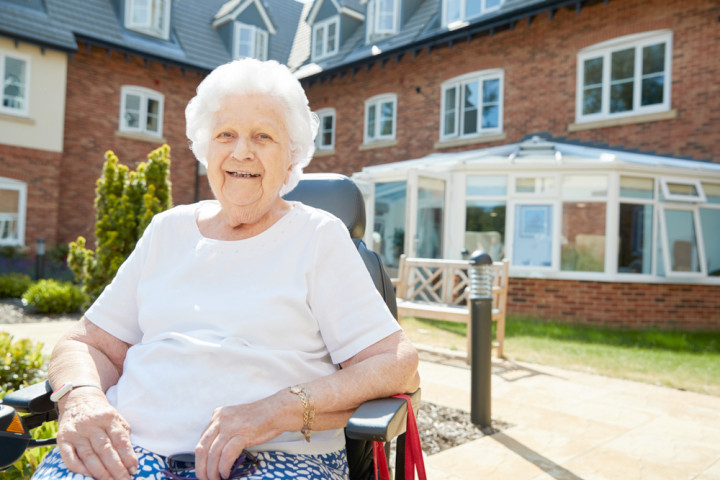 Lawsuits against senior living communities one the rise

One of these cases involves a 103-year-old resident of a Sunrise Senior Living facility in Willowbrook, Illinois – Ruth Smith, who gets by with the help of a walker. One year ago, she went on a field trip to see a movie when she fell down concrete steps in the theater, leading to her death six weeks later. Her estate filed a lawsuit against the Sunrise Senior Living facility, claiming that aides didn’t provide adequate attention.

In relation to the increasing number of claims and lawsuits, Brendan Gallagher, the head of senior care business at insurance broker Arthur J. Gallagher & Co. Said that, “It’s a tremendous opportunity that has pretty specific challenges.”

As a result of this, a certain number of senior living facilities can expect their insurance rates to increase in 2019 by as much as 30%, as stated by Willis Towers Watson, an insurance broker.

Nowadays, there is a smaller number of insurers that offer coverage than in 2014, with some Lloyd’s of London members that have already halted their coverage last year alone, according to John Atkinson, manager partner at Willis.

While some insurers have chosen to avoid litigious locations like Illinois and Florida, others have dropped their coverage entirely, reported insurers and brokers.

Even though these pullbacks would equate to higher costs for families, some insurers have started expanding their operation, optimistic of the promising industry growth.

According to the newest data from the U.S. Centers for Disease Control and Prevention, between 2010 and 2016, the number of residents in U.S. residential care facilities has increased by more than 10%, and is currently at 812,000 people.

The industry is already preparing for the 74-million baby boomer population, as evident by the fast growth of new senior living facilities. Since 2013, the number of rooms have increased by a fifth, according to a report by the National Investment Center for Seniors Housing & Care (NIC), which included data from the 99 largest U.S. metropolitan areas.

What’s different between the modern U.S. families and European ones is that seniors in the U.S. tend to live far apart from their children, whereas in Europe, seniors live closer to their families, including access to government services that are provided to older people. Additionally, a big number of Asian and African communities are tightly-knit, with several generations living under the same roof.

What’s also different is that while a great number of seniors start living in retirement communities, they choose to do so at a later time, which leads to numerate and more serious injuries, as reported by insurance professionals.

“People are living longer and they are more frail,” said Gloria Holland, vice president of finance at Capital Senior Living Corp, which is a company based in Dallas, with 129 communities operating across the country.

A spokeswoman for Sunrise Assisted Living stated that her company have set up numerous policies and procedures that are aimed at promoting safety and security for their residents. “Anytime we lose a member of our community we are deeply saddened,” she added.

The most common allegation among assisted living claims are falls, accounting for almost 50% of all claims that CNA Financial Group closed in 2016 and 2017, the company reported.

Memory care centers are also a source of insurance claims, and these types of claims increased by 53% since 2013. The most common cause there is people wandering off, which doesn’t come as a surprise, since memory care centers focus on people afflicted with Alzheimer’s disease and other memory-related problems.

One year ago, 77-year-old Audrey Penn was found dead in a ditch, and this was preceded by her leaving the senior living community in Allentown, Pennsylvania. The lawsuit that her family filed for was settled, and the amount of the settlement was not disclosed.

Holland at Capital Senior Living reported that the median age of new residents moving into their facilities ranged between 78 and 80 back in 2004, but this has changed now, and the average range is between 82 and 84. This, in return increased the costs for individual claims, with company estimates of an increase of 5% in rates when their insurance will be renewed in 2019.

Smaller facilities are probably going to be more affected by higher rates and deductibles, as they usually don’t have well-developed compliance programs that would reduce the number of accidents and other issues, according to insurers and brokers. These centers usually “struggle to keep up with changing regulations,” said Caroline Clouser, the head of the healthcare industry practice at Chubb Ltd.

Additionally, insurance premiums that relate to senior living facilities are different from state to state. Premiums for every assisted living apartment can vary anywhere between as low as $150 to $600 per year.

However, the insurance for these kinds of facilities contributes less than 1% of the $558 billion property and casualty insurance that was collected during 2017 net written premiums. As high as that might be, it is expected to increase even more, as baby boomers are expected to fill senior living facilities in the coming years.

One of the companies that started selectively expanding their senior living insurance business is Nationwide, according to Jeremy Moore, a senior living underwriting manager. “You have to understand what the exposures are and the controls in place,” he said.

Nationwide has formed a team of former senior living executives and administrators that make visits to communities and inspect every aspect of them, from building maintenance to evacuation procedures, added Moore.

Another insurance company that has plans for future growth in Florida is Wisconsin-based Church Mutual Insurance Company. They write coverage for this particular industry in 49 states, and Florida is the only state they don’t have a presence in yet, said Jim Ketterson, the head of the insurer’s senior living practice.

Another field where brokers are active in is providing help to senior living communities with better risk management. Recently, one such program was launched by Willis, and it aims to assist facilities on how to lift their residents with more safety in mind.

They also run a webinar on active shooter events, which includes tips on how to block doors (without a lock) with beds, which is one of the most common features in memory care facilities.

Last but not least, senior living companies are constantly reviewing their facilities and procedures. One such example is Capital Senior Living, as they are in the process of replacing their carpet flooring with laminate, which will reduce the risks of tripping, according to Holland. They have also put into consideration implementing technology that will help track their residents’ movement to help determine if they are at risk of falling.