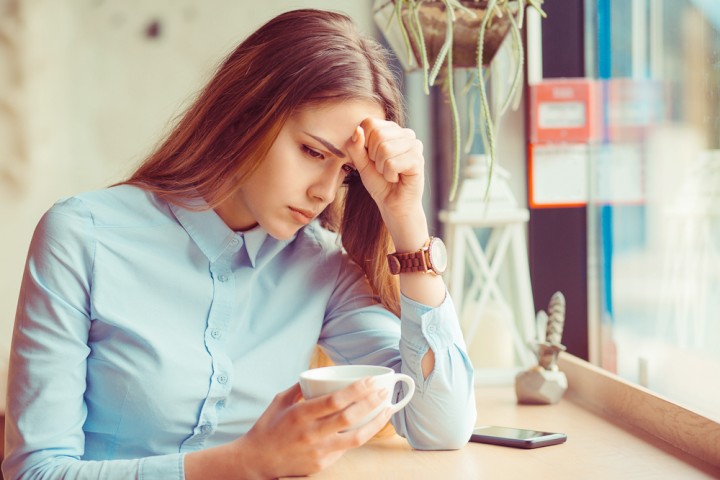 Home / News / Psychological distress might increase the risk of Alzheimer's

New research has shown that exhaustion, which is an indicator of psychological distress, might add up to the risk of people developing Alzheimer's disease.

A lot of factors might increase the chance of developing Alzheimer's disease, and they include, but are not limited to age, family medical history, including individual genetic makeup.

Specific health issues like cardiovascular disease and diabetes might also contribute to the risk of dementia since they affect the blood vessels.

Researchers under the lead of Sabrina Islamoska, a doctoral candidate at the Department of Public Health at the University of Copenhagen, Denmark, decided to do some research on the possible link between vital exhaustion and Alzheimer's disease.

Vital exhaustion is described as "a mental state of psychological distress" which manifests as increased irritability, physical fatigue, and feelings of demoralization.

According to the researchers, vital exhaustion might be a reaction to ”unsolvable problems” in people's lives, and, in particular, when people are under stress for long periods of time. Therefore, vital exhaustion can be a sign of psychological distress.

There are some earlier studies that discovered that vital exhaustion can increase the risk of cardiovascular diseases, metabolic syndrome, premature death, and obesity - to name a few. These findings have been published in the Journal of Alzheimer's disease.

Stress can contribute to the risk by almost 25 percent

The researchers of this study analyzed the data from a survey done on almost 7000 participants in the Copenhagen City Heart Study in the period between 1991 and 1994. The people that participated in this study have been 60 years old, on average. They were asked questions that were related to vital exhaustion.

Their study showed a dose-response link between vital exhaustion in middle-aged people and their eventual development of Alzheimer's disease. "For each additional symptom of vital exhaustion, we found that the risk of dementia rose by 2 percent," said the lead author.

The authors of the study pointed out that the results can't be linked to reverse causation, or in other words, it is highly unlikely that vital exhaustion is brought upon by dementia, suggesting that the opposite might be true.

Islamoska explained: "We were particularly concerned whether the symptoms of vital exhaustion would be an early sign of dementia. Yet, we found an association of the same magnitude, even when separating the reporting of vital exhaustion and the dementia diagnoses with up to 20 years."

As far as the mechanisms that might undermine the results, the researchers point to increased levels of cortisol – a stress hormone, as well as some cardiovascular changes that might be to blame.

Islamoska says: "Stress can have severe and harmful consequences, not just for our brain health, but our health in general. Cardiovascular risk factors are well-known, modifiable risk factors for dementia, and in some countries, stagnation or even a decreasing incidence of dementia has been observed."

She concludes by saying: "Our study indicates that we can go further in the prevention of dementia by addressing psychological risk factors for dementia."