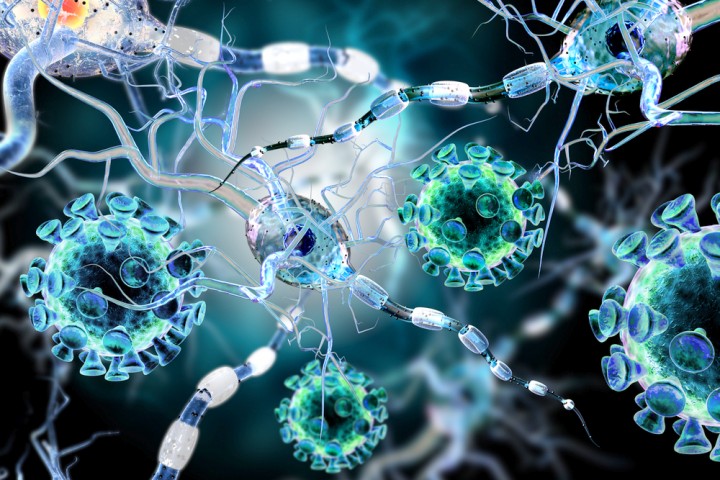 Some researchers have started taking alpha-lipoic acid into consideration in hopes of helping patients with Multiple Sclerosis with gait and balance.

There is an organic compound, called alpha-lipoic acid, that shows antioxidant properties, and it might be of help to people diagnosed with Multiple Sclerosis in terms of better walking and balance issues.

A report published by researchers at Oregon Health and Science University has shown that consumption of daily doses of 1,200 mg of alpha-lipoic acid might be beneficial to Multiple Sclerosis patients that have to deal with gait.

A double-blind study that has been conducted over the course of two years has shown that people that took this organic supplement have been able to maintain their walking speed, while the group that was given a placebo had deteriorated speeds, instead.

Kathy Costello, associate vice president of healthcare access at the National Multiple Sclerosis Society had this to say on the matter: "This small study showed modest benefit to help understand gait and balance effect.” She further added that "walking is very important and without balance it's difficult. These are measures that seem to get at what's needed for people to be mobile.”

This form of acid is usually found in low levels of some foods, which include dark leafy greens, broccoli, yams and potatoes, red meat, and organ meat. Apart from this, you can get it as an over-the-counter supplement. Costello said that "alpha-lipoic acid is an interesting supplement. It has properties that may be beneficial to MS. We're not 100 percent clear, but human and animal studies have shown some benefit.”

While feeling encouraged by the result of the study, they do send a word of caution, stating that this is still in an early research phase. Therefore, "I don't recommend that folks should go out and take megadoses of alpha-lipoic acid,” said Costello. "The study is looking at the potential benefit of the supplement.”

She also had the following warning: "Taking large quantities of alpha-lipoic acid could affect blood sugar levels. Eating a heart healthy diet is a good way to go, getting nutrients needed by eating healthy. Obesity, diabetes, and other comorbidities don't do as well with MS, so get healthy, heart healthy.”

Dr. Barbara Giesser, a professor of clinical neurology at the David Geffen School of Medicine at the University of California Los Angeles, and a clinical director of the UCLA MS (Multiple Sclerosis) program, had this to say regarding the study:  "This small study adds to previous reports in both animal models of MS and a few human trials, that lipoic acid may have beneficial effects in MS. In this case, on preserving some mobility parameters in persons with secondary progressive MS.” She added that while "Lipoic acid may be of benefit for persons with MS and appears to be well tolerated. Further and larger studies of this agent seem warranted.”

Results of the study

The study that we're writing about here had 54 participants, and the focus was on their walking abilities. According to Dr. Rebecca Spain, the principal study investigator and associate professor of neurology at OHSU, "there is evidence of excessive oxidative stress in the MS brain,” and further added that "alpha-lipoic acid is a powerful antioxidant that could make the illness less bad, but it will not stop the disease.”

Dr. Spain said: "It is produced naturally, it's an antioxidant, so what is it actually going to do to a person? Create more energy, allow them to think better or walk better? It is a blank slate until research unveils some benefit.”

A further explanation by Dr. Spain said that the small size of the study might have been as a result of random grouping, therefore, some additional research with a greater size will be needed in the future.

A new trial in the works

The same team of this study has started recruitment for the second phase of the study, with a planned size of 118 participants in 7 sites.

She said that the new study will check to see if the walking abilities and MRI measurements are going to improve, as well as keeping an eye out for some other results. Therefore, lots of tests are planned for the new study.

Spain said: "We will find out in a couple of years if it might work. It is slow going, but a lead with encouraging data is worth following up.”

The OHSU researchers are on the lookout for two forms of alpha-lipoic acid, in order to determine which one of the two will be better absorbed by the system, according to Cassidy Taylor, a clinical research coordinator of the new trial.

She said: "This second trial will look at absorption and tolerability. A common complaint was stomach upset, which can be common with oral medications. We are looking to see if the form can make a difference.”