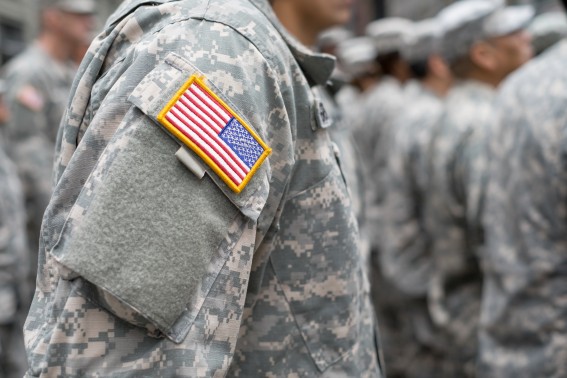 Richard Arvin Overton is 112 years old making him the oldest known World War II veteran and the third oldest man on the planet.  Despite his advancing age, Overton chooses to live in the house he built rather than live in an assisted living facility funded by the VA.

However, this arrangement does not come without its complications.  The Austin resident needs in-home care, so his family started a GoFundMe campaign to help support the $15,000 a month care necessary to allow Overton to stay in his home.

Despite the costly bill of remaining independent, the house that he built carries immeasurable sentimental value to the 112-year-old and makes it worth every penny.  The veteran moved into the home right after the war ended, and he paid $4,000 to call the place his own.

The history Overton has developed with the home and surrounding area in the past 73 years are good enough reasons for him to turn down a room in a VA-paid assisted living facility.

However, it has not all been easy in recent years.  Overton has fought through multiple battles with pneumonia, and he has been hospitalized three times for the illness since 2015.  Rather than succumb to the pressure the veteran soldiers on in his Austin home, and he plans to stay there for the remainder of his life.

Overton has received high praise for his service and his continued will to live.  In 2013, President Barack Obama singled out Overton at a Veterans Day event at the Arlington National Cemetery.  He has also been known for several years as the longest living vet and been featured in various national publications.

A 2017 National Geographic short documentary film features Overton, as he shows the camera crew a glimpse into his life.  He shows off that he can still drive, and he enjoys eating ice cream every night.  Overton is also known for smoking cigars and drinking whiskey.

So far nothing has been able to keep the wily veteran down, and Overton’s life is a testament to the capability of the elderly population that is often overlooked.