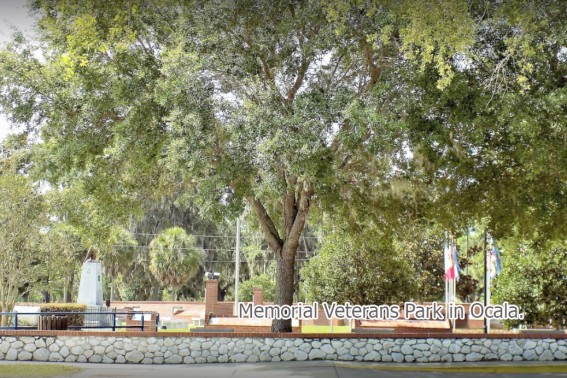 Home / News / Luis Alston, a Vietnamese veteran, is updating a bus to transport veterans in the Veterans Memorial Park

Luis Alston is a veteran of Vietnam. At the age of 17, he joined the US Marine Corps. At 19, he was injured in Vietnam and had to go home. So he ended his military career. He comes back home without his friend who dies in this war: "I came home but my friend did not do it - it's hard to talk to him one minute, and the next he's gone."

After the war, Alston is undergoing a very difficult period in which to cope with the psychological consequences of the war. Then he volunteered at the Memorial Veterans Park in Ocala.

He says, "I said to God," If you spare me and give me rest, I will always look at the veterans and their family or someone else who needs it. So I want to buy a bus. "

Alston, now 66, will use this bus to help the veterans around the Ocala.

"I've always wanted to have a bus, I've been a truck driver all my life, and a better way to have veterans with you." Let's go somewhere and do something.

Alston said he would park the bus every day in the Ocala Vet Center, which will run from 6 to 20 hours. The bus will serve every veteran who needs transport except those who are disabled and need a nurse.

"My mission, I want to say my bus, but I call it my mission, is to honor those who served their family," he said.

When Marion County's honor guard began replacing buses with minibusses, he decided to buy a bus from there. "I asked them," What are you going to do with the bus? "And they said," What do you want to do with it? "

Alston said he wanted it for the veterans, and they sold it to him. "If the veterans now have to go to Gainesville to meet after 14:00 - no problem, the bus will give them the opportunity to go and get back." Alston also wants to help veterans in retirement homes: "Maybe I'll take them to fishing or in the Ocala Memorial Park. We can all ride together and share this experience and it will not cost them anything, if necessary, I will stand and wait for them as much as I need. "

The 22-seat bus he bought will need a repair that costs about $ 6,000. Fortunately for Alston, a San Diego organization called Warfighter Made will sponsor the bus and help with most of the renovation costs.

TNT Autoworks owner, Eddie Tillander, will update it. Tilander meets Alston once before when his car is damaged when moving from Pennsylvania.

This time Alston trusts Tilandar to do his job.

"It will be a lot of fun to do," said Tilander. "Especially for whom the bus will be used."

Alston plans to wrap the US flag and add a silhouette to a veteran along with a mother and a child aside. He also wants to remove the seats and put wooden flooring. "I want to look like an RV," he said. "When they pass through the door, they'll be proud of being veterans." Local veterans will also be able to repair the bus.

"We have several veterans who go through PTSD, so if they become part of the construction of this bus, we will give them self-confidence," Alston said.

Veteran Tom Curtis, who met Alston when he voluntarily dealt with the Veterans Memorial Park, quickly became his close friend. Curtis said he plans to help the bus in any possible way: "He did not have to convince me. This is a partnership, so is the military. It does not matter who you are. "

Alston hopes to have a moving bus by April. "Not only for me, I always want to look after the veterans and their family. I promised God that I would do that. "