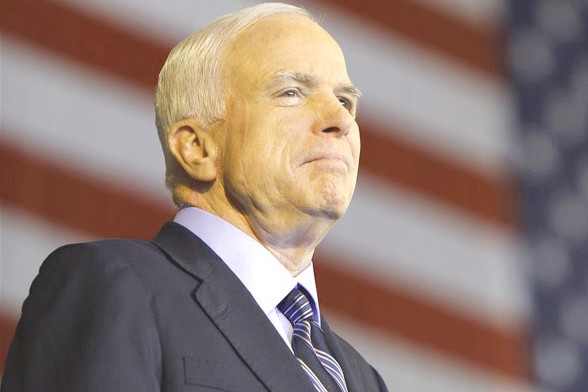 John McCain’s family have released a statement saying that the senator will no longer be receiving brain cancer treatment:

“Last summer, Senator John McCain shared with Americans the news our family already knew: he had been diagnosed with an aggressive glioblastoma, and the prognosis was serious. In the year since, John has surpassed expectations for his survival. But the progress of disease and the inexorable advance of age render their verdict."

In 2017, a blood clot in his brain was discovered to be associated with a brain tumor. The 81-year-old, who has been a member of the US Senate for over two decades, chose to begin treatment then. While still a member of the Senate, he has not actively participated in it since the winter midway through his treatment.

In his memoir, he wrote:

"I don't know how much longer I'll be here. Maybe I'll have another five years. Maybe, with the advances in oncology, they'll find new treatments for my cancer that will extend my life. Maybe I'll be gone before you read this. My predicament is, well, rather unpredictable. But I'm prepared for either contingency, or at least I'm getting prepared. I have some things I'd like to take care of first, some work that needs finishing, and some people I need to see. And I want to talk to my fellow Americans a little more if I may."

Despite some of the best healthcare money can provide, McCain has had to face a decision that so many of us will face at some point – to continue curative care or to seek palliative care instead. It is a choice that we each must reach in our own time and on our own terms. There is no right or wrong decision, only what is best for the individual, their concerns, and their quality of life.

While not an easy topic, it is important to consider making a plan in advance so that if the unfortunate occurs, your care wishes will already be known. However, it is also important to realize that those plans may evolve and change due to treatment options, changes in prognosis, and more. There is only so much of the unexpected that we can truly plan for.