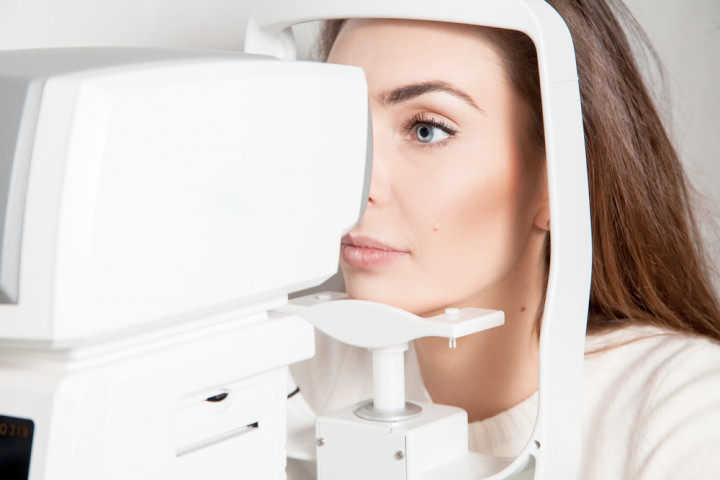 Home / News / What is glaucoma, what causes it and how can it be treated?

Glaucoma is a condition that damages your eye’s optic nerve and worsens over time. People who have glaucoma also feel a buildup of pressure inside their eye. In most cases, glaucoma is inherited and shows up in older adults.

As a result of the pressure, called intraocular pressure, the optic nerve which transmits images to your brain is damaged. Glaucoma can lead to permanent loss of vision if the damage continues. If not treated within a few years, glaucoma can cause total permanent blindness.

Most people with glaucoma do not experience early pain or symptoms. So before you totally lose your vision, make sure to visit your eye doctor so he can diagnose and treat it.

You should get a complete eye exam from an eye doctor every 1 to 2 years if you are older than 40 or have a family history of the disease.  If you experience other health problems, or other eye diseases including the family history of glaucoma, you should visit your doctor more often.

What are the causes of glaucoma?

When the optic nerve deteriorates, high fluid pressure builds up on the front part of the eye.

In normal circumstances, the fluid, so called aqueous humor flows out of your eye through a channel resembling a mesh. The liquid builds up when the channel gets blocked. Even though doctors don’t know why the blockage happens, they suspect it can be inherited, or in other words passed from parents to children.

Less common causes are severe eye infections, a blunt or chemical injury to your eye, inflammatory conditions or blocked blood vessels inside the eye. In some rare cases eye surgery to correct another condition can make it happen. Usually both eyes are affected, but one may be in a worse condition than the other.

What types of glaucoma exist?

Open-angle glaucoma - Doctors call it wide-angle glaucoma, and it’s the most common type of glaucoma. The fluid doesn’t flow out like it should even though the drain structure in your eye or so called the trabecular meshwork looks good.

Angle-closure glaucoma - Is more common in Asia than in the West. It is also called acute or narrow-angle glaucoma, or chronic angle-closure.  The drain space between your iris and cornea becomes too narrow so as a result the eye doesn’t drain right. This causes a buildup of pressure to occur suddenly in your eye. It’s also associated to cataracts and farsightedness, a clouding of the lens inside your eye.

Who is affected by glaucoma?

Adults over 40 are the ones who get glaucoma the most, but even young adults and infants can have it. African-American people tend to get it more often when they’re younger and experience greater loss of vision.

You’re more likely to get glaucoma if you:

What are the symptoms of glaucoma?

Early symptoms include a loss of peripheral, or side vision, but in most cases symptoms don’t show up. Glaucoma is called the “sneak thief of vision” for a reason, because symptoms can remain unnoticeable until late in the disease.

If you want to detect glaucoma in the early stages, make sure to get a complete eye exam with an eye specialist every 1 to 2 years. On occasions, the pressure buildup in your eye can rise to severe levels. In these cases you may experience headache, eye pain, blurred vision, or the appearance of halos around lights.

If you experience the following symptoms, seek immediate medical care:

How is glaucoma diagnosed?

Your doctor will use drops to dilate (open) your pupils. Then he will test your vision and examine your eyes. Your optic nerve will look a certain way if he finds you have glaucoma when he checks your optic nerve. He might also take photos of the nerve in order to track your disease over time. In order to check your eye pressure he’ll do a test called tonometry. If necessary he’ll do a visual field test to find out if you’ve lost your peripheral or side vision. Glaucoma tests take very little time and are painless.

How is glaucoma treated?

Your doctor may prescribe eye drops, laser surgery, or microsurgery in order to lower the pressure in the eye

They increase the outflow or reduce the formation of fluid in the eye which lowers the eye pressure. Side effects might include blurred vision, stinging, irritated eyes, redness and allergies. Some drugs for glaucoma can affect your lungs or heart. Don’t forget to tell the doctor about other medications you take or are allergic to.

Laser surgery can slightly increase the flow of the fluid from the eye for people with open-angle glaucoma. If you have angle-closure glaucoma, it can stop fluid blockage. Procedures include:

In order to ease the eye pressure, the doctor performs a procedure called trabeculectomy in which he creates a new channel to drain the fluid. In some cases this procedure fails and has to be done once again. In order to drain fluid your doctor might implant a tube. The procedure can cause temporary or permanent vision loss or even infection or bleeding.

Open-angle glaucoma is mostly treated with laser trabeculoplasty, microsurgery and various combinations of eye drops. Doctors in the U.S often start with medications, but in some cases microsurgery or early laser surgery works better for some people.

Infant or congenital glaucoma – means that you were born with the disease, and because the cause of the problem is a very distorted drainage system it is most often treated with surgery.

Can glaucoma be prevented from happening?

No but if it’s diagnosed and treated early, the disease can be controlled.

At this stage any vision loss cannot be restored. However, you can preserve the sight you have by lowering eye pressure. Most glaucoma patients who follow their treatment plan and have regular eye examinations don’t go blind.