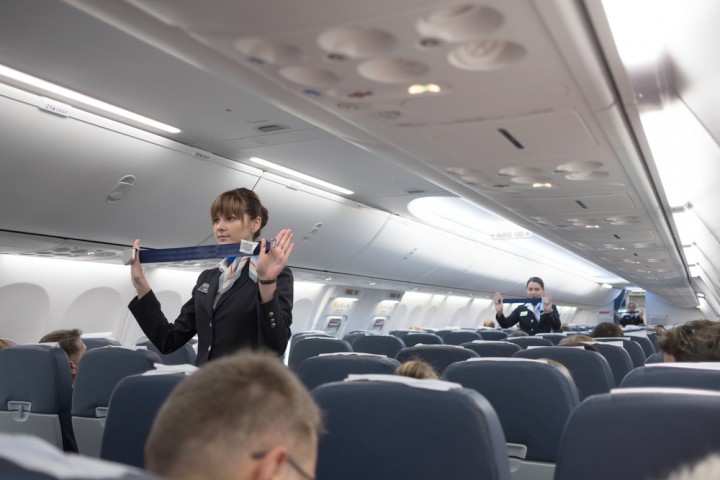 The Federal Aviation Administration (FAA) is refusing once again to regulate seats, holding that evacuation tests show no problems.

"These censored Airbus and Boeing video clips only show younger physically fit test subjects in exercise clothing stepping into the aisles,” said Paul Hudson, president of the passenger organization and longtime member of the FAA’s Aviation Rulemaking Advisory Committee, as he questioned the FAA’s safety evidence. “There is no showing subjects actually exiting any aircraft. There are no overweight, obese, elderly, infirm or children test subjects (or adjustments made for their absence), thereby excluding about 80% of US passengers.”

This response of the FAA’s refusal comes after a 2017 federal court decision requiring the FAA to reconsider its denial of a FlyerRights.org petition to set minimum seat standards and stop further shrinkage. FlyerRights.org is the largest nonprofit airline passenger organization, that allows airline passengers to report their experiences and receive advice and assistance.

“The tests are supposed to simulate panic as this is a major factor in efficient evacuation, but the videos show test subjects smiling and some laughing,” said Hudson. “The tests are supposed to require that 50% of carry-on baggage be in the aisles but the videos show this did not happen.  There is apparently no supervision or direct observation by the FAA or outside safety experts."

According to the press release, the FAA will not be releasing the full tests for outside safety experts review and does not retain the video and detailed data of tests which aircraft makers claim are “proprietary” trade secrets.

Hudson discusses the reliability of these evacuation “tests” and acknowledge that a large bipartisan majority of the US House of Representatives passed legislation in April mandating the FAA to set seat standards (now pending Senate action), and the DOT Inspector General (charged with investigating agency fraud, abuse, waste and misconduct) recently opened an audit of FAA evacuation testing. He also outlined and shared examples of the history of weak regulation and over-reliance on industry self-regulation.

"Now that the FAA bureaucracy has again rejected any regulation of seat size and passenger space while ridiculing passenger discomfort and dismissing all safety and health concerns, the only likely recourse is for the traveling public is by overwhelming public outcry to comment online in opposition to the FAA decision at Regulations.gov FAA-2015-4011, and/or by sending in videos of passenger experiences to the docket or to Flyersrights.org, and contacting their Congress members.”