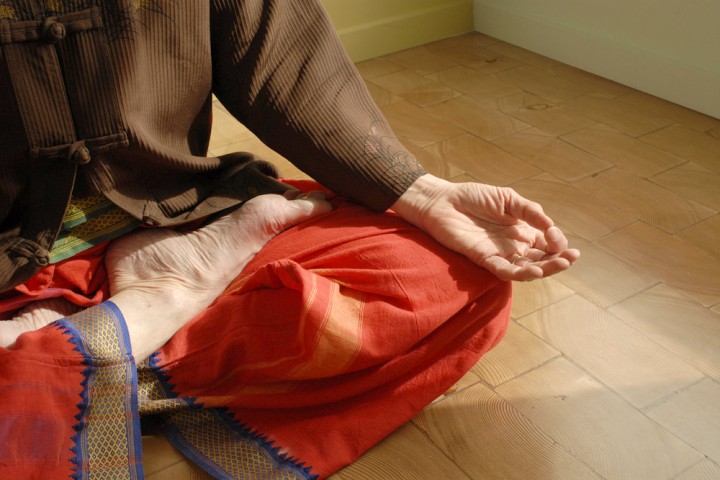 When young people began moving away from the village of Yugoliang, elderly farmers were left to fend for themselves and were quickly aging, as described in a New York Times article.

The Top Chinese official of the village, Lu Wenzhen knew he needed a way to bring back life to the village. Two years ago, when visiting China’s northern countryside, he witnessed a 60-year-old woman sitting cross legged on a stone bed – and that’s when he had somewhat of an epiphany and decided to bring Yoga back to his town.

According to the New York Times, the remote town that has less than 100 people, survive by farming.

“It is so remote that the closest train station is two hours away,” wrote Sui-Lee Wee and Elsie Chen, co-authors of the article. “The internet had just arrived two years ago. The average age of a Yugouliang resident is 65. They survive by tending to their cows and sheep and small plots of land.”

Mr. Lu’s plan seemed pretty extreme and at first the residents believed Mr. Lu was trying to get them to join a cult. It was hard to get people to join without Mr. Lu himself learning how to do yoga. After buying yoga materials and watching videos online, he held his first class and taught the few elders who showed up how to do simple breathing exercises.

Before long, many more began to join in on the classes. Mr. Lu even enrolled the yoga course to become sponsored by the Chinese government. The State General Administration of Sports eventually gave the town the title of “China’s first yoga village.”  With the popularity of yoga in the village, the residents began competing in the provincial capital. Aside from the buzz the village generated with their yoga craze, the local government has even said they would be funding Mr. Lu $1.5 million for a nursing home and yoga pavilion.

“Mr. Lu still sees positives. Yoga-strengthened residents, he said, save on medical costs,” stated in the New York Times article. “There are about 36 yoga regulars in Yugouliang, who showed remarkable stamina when they gathered on a recent afternoon.”