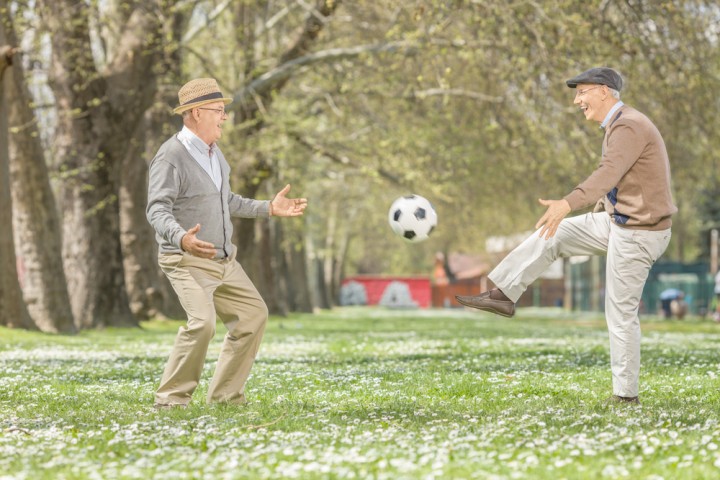 As the world competes on the biggest stage at the 2018 FIFA World Cup in Russia, soccer is on many people’s radar.  But, not only does it make for compelling viewing, but it can also be a great way for seniors to remain active and prevent certain medical conditions.

A recent study out of Denmark and the Faroe Islands observed 50 prediabetic seniors, half of them playing soccer twice a week for half an hour and slightly changing their diet.  The other half of participants only changed their diet and served as a control group.

The results of the study were even more positive than originally scientists had hoped for.  Soccer playing seniors were left with a positive impact on cardiovascular and metabolic health and a decrease in blood pressure after playing in short training sessions for several months.

Not only were general health improvements seen, but researchers believe soccer combined with dietary changes can help curtail type 2 diabetes.  Approximately 400 million people are predicted to suffer from type 2 diabetes by 2030, making it a growing global trend with dangerous health and economic impacts.

Soccer can help curtail this trend if used in a regular regime as in the study.  Participants lost weight, sustained no injuries to muscles or bones, and also saw an increase in blood glucose regulation.

The most promising aspect is that participation is not limited to the most able-bodied and physically fit.  The study did not require extreme running, and it was found to be useful for those who were elderly, overweight or not physically fit.

So, soccer is not just for superstars like Neymar, Ronaldo and Messi.  All ages can participate in the beautiful game and get great joy and health benefits out of kicking the ball about.  Adult recreational leagues are becoming more common and walking soccer is an option to ease one in to participating in the most widely played game in the world.