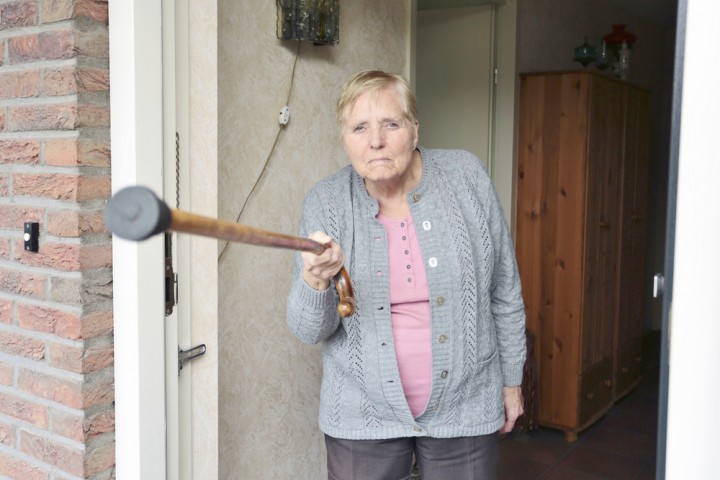 Home / News / Self-Defense for Seniors? Cane Fu is the answer

For senior citizens looking to add another defense to their arsenal, ‘cane-fu’ might be the answer.  While typically associated with fragility, a cane can become a powerful weapon in the hands of a capable cane-fu master.

The Orlando Police Department is now teaching cane-fu courses to area senior citizens, adding to their self-defense offerings, and many other areas offer similar classes.

Mark Shuey Jr. is credited as the founder of cane-fu.  He created the discipline after noticing his father felt a stigma surrounding his cane.  Shuey is trained in a variety of martial arts and saw the untapped potential of combining the cane with martial arts.

The term ‘cane-fu’ was popularized in the media several years ago, and cane-fu self-defense classes have been popping up ever since.  Transitioning a cane from a stigmatized elderly device into a self-defense has appealed to many American seniors.

The American elderly face much lower rates of violent victimization than the general population.  According to a U.S. Department of Justice special report, Americans over the age of 65 face 3.6 victimizations per 1,000 people as opposed to the sky-high rate of 50 per 1,000 people for the 12-24 age group.

Despite the low rates of violent crime against seniors, many elderly Americans feel they are in a particularly vulnerable position due to their advancing age.  Cane-fu offers a unique path to self-reliance, and it can de-stigmatize the medical use of a cane.  Perhaps most importantly, it offers an avenue for seniors to stay active in a communal setting.

Interested seniors may want to look for cane-fu classes in their area, as the budding self-defense style may already be in your area.

Groups like American Cane Self Defense offer teacher certifications, training and specific canes to use for the self-defense method.