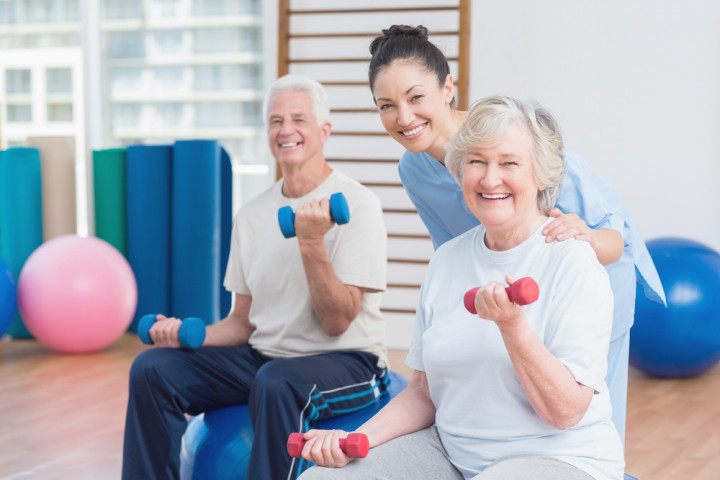 More than 450 adults from the Rush Memory and Aging Project throughout the Chicago metropolitan area were recruited from retirement communities. Adults who participated underwent a series of biomedical, behavioral and cognitive tests during their lives, and agreed to donate their brain and other tissues after they die voluntarily. In this study, the researchers were interested in measures of motor function, daily activity and cognition taken about 2 years before death. Signs of dementia were observed in 190 participants, while the remaining 264 participants showed no signs of dementia. Daily activity was measured over 10 days using an accelerometer device which participants wore on their wrist, averaged into a daily activity score. Cognitive function was measured as a composite of 21 cognitive tests assessing the ability to rapidly compare or perceive objects, spatial reasoning and memory. Motor abilities were separately measured from daily activity as a function of several measures of grip and pinch strength, fine motor skills and walking ability.

The team then looked at brain tissue from these participants after their death and examined it for signs of Alzheimer’s disease, including neurofibrillary and amyloid plaques, or tau, tangles. They also examined nine other measures of brain disease and damage, including those caused by cardiovascular disease. Almost all cases, even those with no signs of dementia, showed evidence of at least one form of brain damage or disease, with most cases showing three different forms of brain pathology on average. Critically the authors realized that even after accounting for the presence of signs of Alzheimer’s disease and other brain damage, better motor abilities and more physical activity were still linked with improvement in cognitive function. This finding approves that physical activity is able to promote cognitive resilience and to help mask the negative results of neurodegeneration.

Nevertheless, this study doesn’t provide additional evidence that motor skills and physical activity are beneficial to better cognitive functions in older age, and that physical activity may even help in brain diseases like Alzheimer’s.