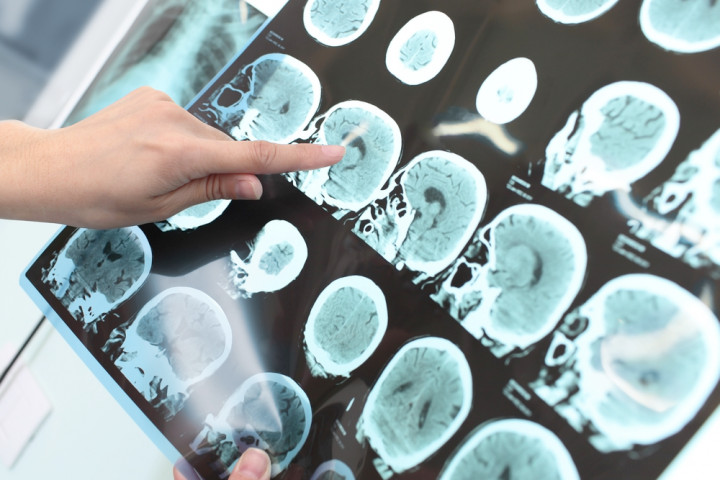 There’s some good news coming from the medical community that claims PET scans that are able to identify changes in the brain that are connected with Alzheimer’s disease might make it easier to reach a diagnosis and improve medical care for people affected by dementia and dementia-related symptoms.

Researchers reached this conclusion after they took a look at the early results of a study that focuses on the clinical impact of a new PET scan technique called amyloid PET imaging.

This study involves participants from all over the country, affected by symptoms caused by mild cognitive impairment (MCI) or dementia. The total number of sites that are involved in this study is 595, all across the U.S.

This is a first research of this kind, and additionally, every participant involved in this study is a beneficiary of Medicare, which is a U.S. federal health insurance plan.

The results that were reviewed during the first part of the study were published in JAMA, and they report that if doctors are provided with amyloid PET scan results, they will be better equipped to provide the appropriate health care, which will positively affect the medical management for people that display dementia symptoms.

When doctors were presented with these new amyloid PET scans, about two-thirds of the doctors changed their patients’ medications, counseling and related medical management treatment. Additionally, in more than one-thirds of all cases, doctors changed the diagnosis that related to the cause of the symptoms.

"We are impressed by the magnitude of these results, which make it clear that amyloid PET imaging can have a major impact on how we diagnose and care for patients with Alzheimer's disease and other forms of cognitive decline," said the lead author of the study, Gil D. Rabinovici, a professor of neurology at the University of California, San Francisco.

Dementia is a group of symptoms, and one of those symptoms is a decrease in cognitive abilities related to memory, reason, decision-making. The symptoms related with dementia can get worse over time, reaching a point when the person affected can’t take care of themselves any longer, making independent living impossible.

The Alzheimer’s Disease International released a report in 2018, and according to that report almost 50 million people in the world are affected by dementia, with those numbers expected to triple by 2050.

Two-thirds of people affected by dementia will develop Alzheimer’s disease, while those that don’t will develop vascular, mixed, Lewy body, or frontotemporal dementia. All of these types of dementia affect the brain, and are accompanied by brain cell death.

Alzheimer’s disease is the sixth leading cause of death in the United States, and according to some estimates by the Alzheimer’s Association, approximately 5.8 million people in the U.S. are affected by this disease, and that number is expected to increase to about 14 million by 2050.

Mild Cognitive Impairment (MCI) is a medical condition where the person affected is experiencing symptoms that bear similarity to early dementia symptoms. Some of those include memory loss, difficulty with daily tasks, as well as loss of the ability to remember familiar people and places, in addition to poor decision-making capabilities.

While MCI is considered to be a precursor for dementia, some people that have it won’t develop dementia, as the cause for MCI could be drug side effects, depression, or lack of vitamin B-12, and not brain cell death – the underlying cause for dementia.

One of the ways doctors are able to diagnose Alzheimer’s disease is by the buildup of toxic plaques of amyloid protein in the brain. Not too long ago, these toxic plaques were only able to be detected by a postmortem test performed on brain tissue.

However, with the introduction of amyloid PET imaging, doctors are now able to detect amyloid brain plaques while the person is still alive.

This PET imaging technique involves an injection of a chemical tracer in the person before the scan. This chemical tracer then travels to the brain and attaches itself to the amyloid plaques, if there are any, which later shows up on the scan.

While there is no known cure for Alzheimer’s disease, an early diagnosis can be of great help to both doctors and patients, allowing them to apply the correct treatment which will allow patients and their families to have more time to make future preparations. This can additionally lead to a better selection of candidates for Alzheimer’s drug trials.

Another good thing about the amyloid PET scans is that it can help rule out Alzheimer’s disease as the underlying cause of dementia symptoms, which will allow doctors to safely consider other causes, which might even be reversible – like medication side effects, sleeping issues, or personality disorders.

The use of these chemical tracers received approval by the Food and Drug Administration which is a good thing, since they are what makes amyloid PET scans possible. Sadly, though, health insurance plans don’t currently cover the costs for these chemicals, making them unavailable for most people.

The co-author of the study, Dr. Maria C. Carrillo, a chief science officer of the Alzheimer’s Association, is also one the the sponsors for this study. According to her, this study offers "highly credible, large-scale evidence that amyloid PET imaging can be a powerful tool to improve the accuracy of Alzheimer's diagnosis and lead to better medical management, especially in difficult-to-diagnose cases."

"It is important that amyloid PET imaging be more broadly accessible to those who need it," Dr. Carrillo added.

The study that was published is a part of the first phase of the Imaging Dementia — Evidence for Amyloid Scanning (IDEAS) trial.

The scientists have so far combed through data collected from 11,409 participants in order to see in which ways did amyloid PET scans change doctors’ opinions and decisions in regards to the drugs they prescribed, as well as counseling provided for both the patients and their families.

Another thing the researchers focused on was to check if amyloid PET scans played a role in changing doctors’ diagnoses. They also payed attention to how these scans were affecting the Alzheimer’s drug trials referrals.

When they collected enough data to come to a conclusion, they noticed that for more than 60% of all participants in the study, doctors changed their medical management decisions with the help of amyloid PET scans. This came as a surprise to the researchers, who estimated that this number would be two times lower.

In addition to that, a two-fold increase was noticed in Alzheimer’s drugs prescription for participants with MCI, in cases where PET scans showed a large amount of evidence for amyloid plaques.

It should also be noted that when doctors previously prescribed Alzheimer’s medications, upon presented with PET scans that showed minimal evidence of amyloid plaques – they immediately discontinued the drug prescriptions.

Another noteworthy information is that amyloid PET scans caused a large shift of proportions for diagnoses that confirmed Alzheimer’s, and those that ruled them out.

A third of all cases during which amyloid PET scans showed small amounts of amyloid plaques were ruled as Alzheimer’s as suspected cause for the patients’ symptoms.

Contrary to this, in almost half of all cases where amyloid PET scans showed large amount of amyloid plaques, doctors brought Alzheimer’s disease back on the table as one of the possible culprits for the symptoms.

Upon examination of the PET scans of the patients that doctors previously chose for Alzheimer’s drugs clinical trials, researchers discovered that approximately a third of them had no amyloid plaques in their brains.

For comparison, when doctors reviewed amyloid PET scan results before they made their clinical trial decision, almost every participant, 93%, to be more exact – had amyloid plaque. The reliability of the trial results was increased as a result of the accurate diagnosis of the people that were participating in it.

The second phase of the IDEAS trial is already in preparation, and it’s planned to be released next year. This phase of the trial will focus on the effect that amyloid PET scans has on health outcomes. In order to achieve this, a comparison of people presenting similar symptoms will be included, and amyloid PET scans won’t be performed on this group of people.

"This was a uniquely real-world study that looked at the impact of amyloid PET imaging in community clinics and other nonacademic settings and demonstrates for the first time how much impact this technology has in real-world dementia care," Prof. Gil D. Rabinovici added.