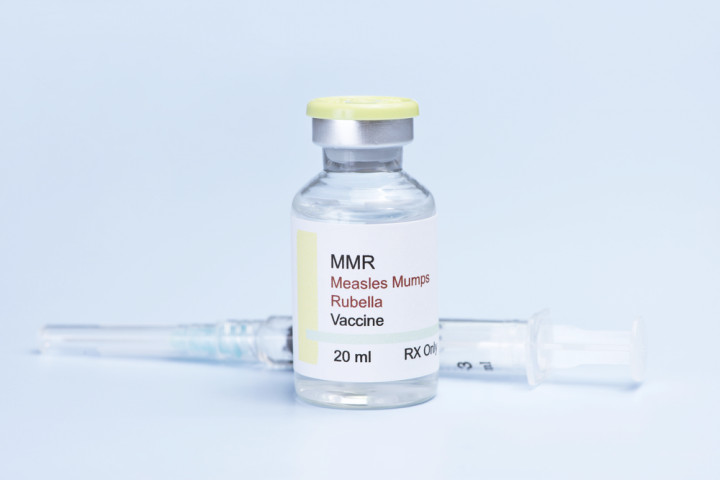 A new large Danish study looked into links between MMR vaccine and autism. In this study, they also included at-risk participants and, again, no connection between the two was found.

There has been a major debate on social networks, media, and everyday life on vaccines and their connection to autism. And this is not news, since the debate is decades old.

Back in 1998, a paper was published that claimed there’s a connection between measles, mumps, and MMR vaccines and autism. Since then, the lead researchers and their findings were discredited in their entirety.

Anyone that has dabbled in science would ask if more research was needed in order to defend MMR vaccines, even though plenty of evidence has already been presented, affirmed, and re-affirmed.

The MMR vaccine is safe

The author that did the study, Andrew Wakefield, has been stripped of his clinical and academic credentials.

After the panic his study caused, vaccination rates have dropped significantly, and they’re having a hard time returning to the level they were at, resulting in an inadequate vaccination rate and reduced protection for children and adults alike.

Researchers of the newest study explain that "Measles outbreaks are not uncommon in Europe and in the United States, and vaccine hesitancy or avoidance has been identified as a major cause."

Of course, it’s hard to convince everyone that the MMR vaccine is 100% safe, as scary news sticks long in our minds and it’s hard to regain confidence once it’s been lost.

With every new hard evidence that gets published, the fears many people have regarding vaccines might vanish in their entirety one day.

Rescinding arguments and the risk of autism

There were and always will be people that criticize older studies that couldn’t find any connection between the MMR vaccine and autism. One of their arguments is that, even though the vaccine might not increase the risk of autism on a grander scale, it might put at risk children that have an increased risk of autism. Another one is that the MMR vaccine is "associated with a regressive form of autism, leading to a clustering of cases with onset shortly after MMR vaccination." According to them, this time-sensitive interaction might not have been covered in some earlier studies.

The team of researchers in the latest study tried to rescind these arguments. Last week, they published their results in the journal Annals of Internal Medicine.

The scientists that work at the Statens Serum Institut in Copenhagen, Denmark, collected data from the Danish population registry. In total, they accessed data from 657,461 children. From all of those children, 6,517 got diagnosed with autism over the time of the 10-year follow-up.

The risk factors that might lead to autism that were accounted for were siblings with an autism diagnosis, low birth weight, maternal and paternal age, as well as smoking during pregnancy. The conclusion of the authors of the study is: "Our study does not support that MMR vaccination increases the risk for autism, triggers autism in susceptible children, or is associated with clustering of autism cases after vaccination."

During some follow-up analysis, they searched for a connection between different vaccines, not only MMR, and, again, no connections were found.

Among the greatest advantages of this study is the size of the participants included in the study. As per the authors’ conclusion, a study of this study gives them confidence to say that "even minute increases in autism risk after MMR vaccination are unlikely."

The study was published coupled with an editorial written by Dr. Saad B. Omer and Dr. Inci Yildirim from Emory University in Atlanta, Georgia.

Evidently frustrated, they wrote that “even in the face of substantial and increasing evidence against an MMR-autism association, the discussion around the potential link has contributed to vaccine hesitancy."

The editorial points to a rather sad fact, saying, "It has been said that we now live in a 'fact-resistant' world, where data have limited persuasive value."

They support this fact by giving an example of measles, which is a disease once thought to be eradicated in the U.S. in 2000. Even though we’re still in the first quarter of 2019, we already have five measles outbreaks on the loose.

This study adds even more data on the already big pile of evidence that disputes the baseless argument that vaccines cause autism. It seems, however, that it will take some more time and additional research to change people’s minds.