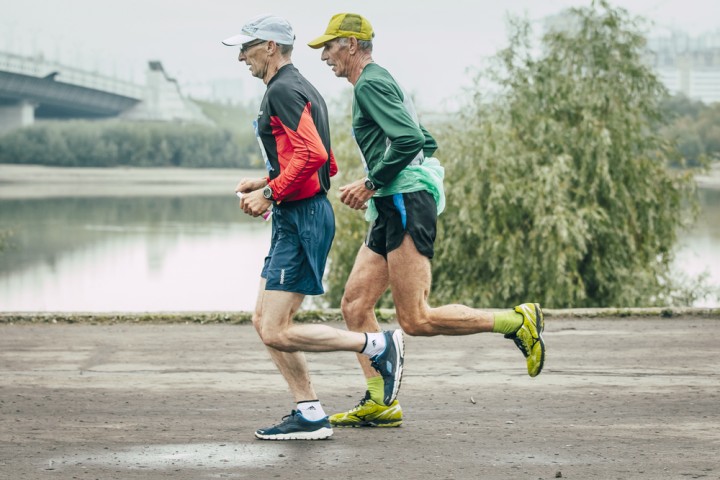 While an excessive heat warning is issued in Southwestern Michigan with temperatures expected to reach 100 degrees and humid, that isn’t enough to stop a 75-year-old from running 13.1 miles for his wife who lost her battle to ovarian cancer.

Joining him on the run is race organizer Nikki Elder who didn’t have any intentions on running five years ago, but has since become an avid runner himself.

Linn Kracht, 70, will also be joining in on the race that he is determined to finish.

"At my age, it takes all year to train," Kracht said to the Battle Creek Enquirer. "I don't think (my age is) going to keep me from running. It may keep me from doing marathons. But I'm planning on getting up early every morning and going five days a week. With any luck and the lord willing, I'll keep on running."

Irvin Kontowsky, 70, who has run the Boston Marathon five times, will also be running alongside his five grandchildren.

"I love playing with my grandkids, and not just from a rocking chair,” said Kontowsky to the Battle Creek Enquirer. “Life is great and don't cut it short because it's just too exciting to not live it to the fullest. I'm slower than I was five years ago, 10 years ago. But I'm still healthy and doing things that I love."

Covering the female runners, 72-year-old Grace Shevick will be running in memory of her daughter Lindsey who died due to complications brought on by Crohn’s disease.

"We had a daughter and last year in January we talked about doing a half marathon together and she passed away," said Shevick to the Battle Creek Enquirer. "I can't wait to text people, because everybody thought I was crazy. At my age? And I am not athletic. But here we are. We're all excited."

No matter the temperature or their age, these senior citizens are proving that age is really nothing but a number.