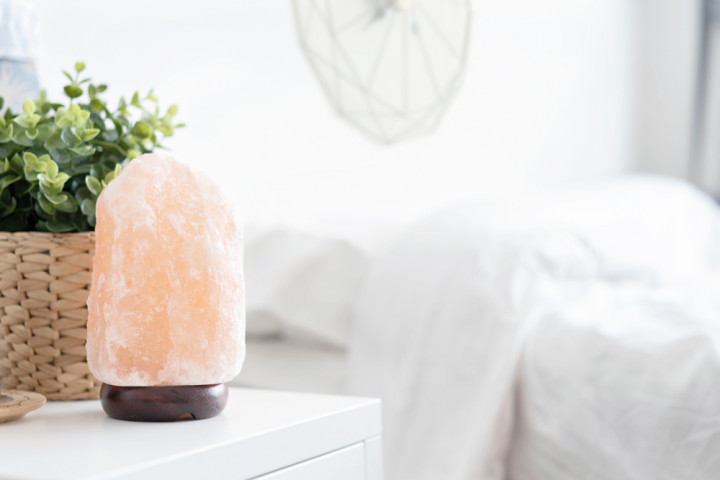 These bright amounts of pink-orange salt are thought to lift cleansing ions into the air and alleviate asthma symptoms, but researchers aren’t quite convinced yet.

Himalayan salt lamps - pieces of pink-orange Himalayan rock salt that have been hollowed out to make room for a light bulb - appear on many bedside tables and desks. These lamps may create a calm and comfortable atmosphere, and can also relieve diseases like asthma, depression and insomnia.

However, whether you can rely on these glowing salt flakes to improve your respiratory health is debatable.

What is the tradition behind Himalayan salt lamps?

Salt lamps have not become a health trend just because they look good. They stem from a long tradition of using salt to promote good health.

"It all began many years ago, mainly in Eastern Europe, with the so-called speleotherapy” (cave therapy), explains John Mark MD, clinical professor of pediatric lung medicine at Stanford University in California, referencing a natural treatment that dates back to the mid-19th century. "People with asthma, chronic bronchitis, and pneumonia spent their time in salt caves because they believed that the salt emitted particles into the air which were beneficial for their health."

In the following generations, wellness gurus and researchers attempted to replicate the effects of these caves with a so-called halotherapy, which involves rooms built entirely of Himalayan salt and tiny airborne particles were dispersed in the air by using a machine called a halogenerator, explains Karina Keogh, MD , a Mayo Clinic pulmonologist in Rochester, Minnesota.

The next step in the development of interest in the therapeutic potential of salt: salt lamps

What is the theory behind how Himalayan salt lamps work?

The theory is that "These ions help to neutralize toxins and pull pollutants out of the air," says Dr. Mark. "This will make the air purer, cleaner and less irritable for people with chronic lung conditions like asthma."

Although the U.S Food and Drug Administration (FDA) has not approved halotherapy as a medical treatment, some countries like Russia consider it as a legitimate medical protocol, says Dr.Keogh.

What does science say about asthma and salt lamps?

Researchers and pulmonary professionals disagree on the benefits of negative ions for the respiratory tract, let alone on the usefulness of halotherapy or Himalayan salt lamps.

Two systematic reviews - one published in October 2018 in the International Journal of Molecular Sciences and one in the Biomedicine Journal of Negative Results - analyzed trends in major research areas and concluded that there is not enough data to understand the impact of negative ones Ions on health.

There are only a few studies that examine the relationship between halotherapy and asthma in more detail, with a limited number suggesting some benefit. For example, in a small pilot study published in May 2017 in the Pediatric Pulmonology field, halotherapy has been associated with a noticeable improvement in a bronchial constriction in response to a stressor in children suffering from mild asthma. It's not a perfect study, says Mark, but it certainly requires more thorough research.

However, there is currently not enough high-quality evidence to confirm that halotherapy works, or to provide scientifically sound recommendations on how people with respiratory problems can use it. (Studies have utilized 5 to 25 sessions, each lasting from 20 minutes to several hours, says Keogh.)

"Salt lamps can produce negative ions very well, but the significance of the production is hard to tell," agrees Dr. Alan Mensch, medical director of Plainview Hospital in New York.

Show your lungs some love with a salt lamp

While Himalayan salt lamps are unlikely to offer significant benefits, there's no harm in decorating your bedside table or desk with one. "It is dangerous to believe that you can use something like a salt lamp to replace any asthma medication you take," says Dr. Mensch.

Even though a sat lamp is not scientifically proven to be beneficial doesn’t mean it isn’t helpful. According to Mark, relaxation techniques and stress management can be crucial in treating asthma, and a Himalayan salt lamp definitely creates a soothing atmosphere.

And of course the placebo effect should be taken into consideration: "If you think it helps, it most probably does," says Mensch.