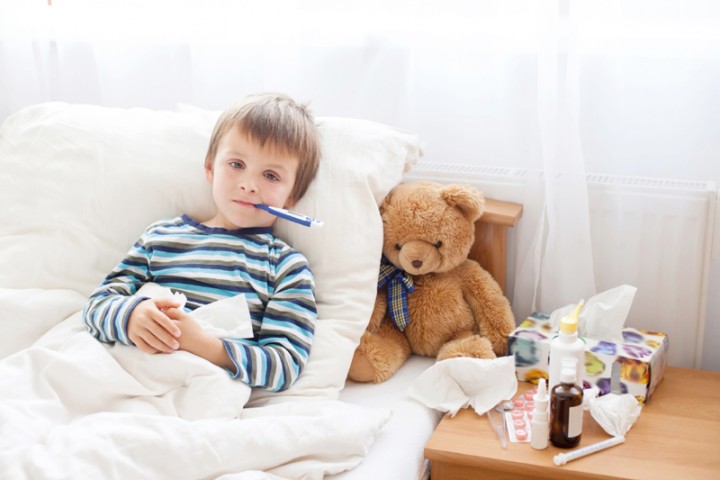 While it might sound like a good idea to help treating stomach flu in children with probiotics, you’re most likely wasting your time and money since a recent study has revealed that probiotics don’t provide much help to children with stomach flu.

There have been some past studies that provided a certain push for probiotics use with treating symptoms of acute gastroenteritis (also known as stomach flu). However, a recent study published in the New England Journal of Medicine made the conclusion that probiotics have little to no effect on the duration or intensity of stomach flu in children.

No matter where you shop, you might often encounter various products that proudly present their probiotic content. The “good” bacteria (also known as probiotics) that have become a part of our intestinal ecosystem are praised for being the all and all cure for various kinds of ailments, be it constipation or anxiety. Much to everyone’s disappointment, there isn’t much science to back this up.

This study involved 971 children aged between 3 months and 4 years of age, presented at 10 different pediatric emergency departments all over the United States. It was a double-blind trial, containing placebos and children were given either a 5-day dose of Lactobacillus rhamnosus GG - a commonly found probiotic, or a placebo. During the follow-ups, doctors could find no significant change in the health outcomes in both groups of children.

This research has been conducted at a time when probiotics flourish in the nutritional supplement industry. The probiotic industry has an expected growth from #37 billion USD in 2015 to over $64 billion in 2023 – a growth that has no scientific backing whatsoever. Schnadower added, “From Whole Foods to Walmart, you will see walls and walls of different probiotic products, probiotic-enriched foods, and people are buying them like candy in the belief that they are good,”

Since probiotics are marketed only as dietary supplements, they are not regulated by the FDA in the same that pharmaceuticals and other medications are.

The most widely used recommendation for treating gastroenteritis are frequent and small dosages of fluids, which helps keep the body hydrated and not cause vomiting or nausea. Another important treatment, or prevention, is good hygiene, including handwashing, and disinfection of the bathroom, or any other places that are easily contaminated by bodily fluids.

Experts recommend not wasting your money and effort on trying to treat gastroenteritis, and this is what Schadower had to say on this matter: "What we are telling families is don’t spend 60 dollars on this, which will do nothing to you. Spend it on good food for your kid or save that money for college. Don’t spend it on something that doesn’t work."