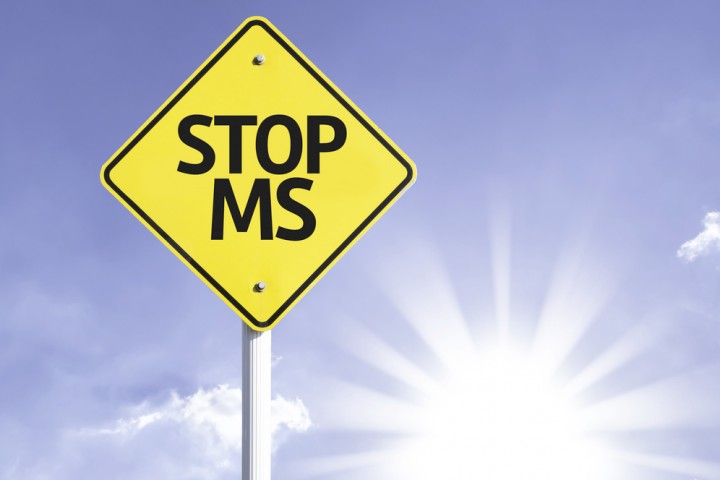 A new Intense Stem Cell Therapy known as HSCT has shown promising results during a clinical trial. However, experts give words of caution, saying that it might not work for everyone.

Stem cells might prove to be an important breakthrough for the treatment of multiple sclerosis, but the road to there might be a long and painful one.

A new clinical trial tried to explain this. During the trial, participants with multiple sclerosis (MS) that were using nonmyeloablative hematopoietic stem cell transplantation (HSCT) showed better results than the participants on disease-modifying treatments (DMTs).

This randomized clinical trial is the first one of its kind, comparing HSCT to DMTs.

Researchers involved in this trial stated that a significant portion of participants on HSCT treatment was successful in slowing down the progression of the disease, in comparison with the participants that were using DMTs.

Out of 103 participants, only three (on HSCT) showed disease progression when compared to the 34 that were on DMTs. Because of this, the research team made a conclusion that HSCT is better at slowing down progression than DMTs, but pointed out that it is important to come up with the right type of patients that will be subjected to what has been shown to be a rigorous and somewhat dangerous therapy.

This study was led by Dr. Richard Burt, chief of immunotherapy and autoimmune diseases at the Northwestern Feinberg School of Medicine in Illinois.

Dr. Barbara Geisser, professor of clinical neurology at the David Geffen School of Medicine at the University of California Los Angeles (UCLA) and clinical director of the UCLA MS program had this to say on the matter: “This important study is the first randomized trial of HSCT vs. DMT, and demonstrated that HSCT was superior to conventional DMT in stabilizing persons with relapsing MS with respect to relapses and progression and improving some functions.”

HSCT works by using chemotherapy in order to aid cells to “forget” they have MS. By doing this, the immune system is brought down to some quite vulnerable levels. The patient has to be hospitalized and treated with the greatest care.

Bruce Bebo, PhD, an executive vice president of research at the National Multiple Sclerosis Society said: “HSCT is not one therapy but a range of therapies from a more mild type of chemo to a stronger type. Dr. Burt practices a more mild form of chemotherapy — more mild form of immunosuppression — so the risks are lower.”

The participants of the trial had relapsing MS, characterized with mild to moderate disabilities, with a range of 2 to 6 on the Expanded Disability Status Scale (EDSS).

Bebo said: “This study stands above the others — first controlled randomized autologous stem cell transplant. Burt and his team should be applauded for taking this on. It’s what everyone was asking for,” adding that “A lot of groups are experimenting with this type of treatment — case studies and evidence is accumulating for its positive benefit and accumulating info for the best patient and approach for success.”

He further continued to explain the difficulty of this study in performance, and elaborated on how Burt and his team were able to create an unbiased way to make a comparison between HSCT and DMTs, by way of excluding ocrelizumab and alemtuzumab.

Because of the visible side effects that are brought upon by the chemotherapy such as hair loss, a “blind reader” was used to review the results of the tests during the trial. This “blind reader” had no contact with the site and the participants in the study.

Geisser said: “Although HSCT appears to be efficacious and was well-tolerated in this trial, this is a very aggressive treatment with potential complications of serious infection, infertility, or death, and may not be suitable for everyone,” adding that “Further work is needed to identify which patients are the optimal candidates for this therapy.”

The risks of stem cell treatments

Stem cell therapies have a full range of non-FDA approved clinics all over the globe, including well-trained researchers that run clinical studies by following some rather strict safety and efficiency guidelines.

The high potential that HSCT has shown revealed a high demand for this kind of treatment, which inevitably resulted in some dangerous “stem cell tourism,” resulting in people with MS traveling to some other countries, seeking unauthorized treatments. This is especially dangerous because HSCT makes a permanent change to the immune system, and the long-term consequences are unknown.

Bebo, however, gives a word of caution: “HSCT is not a trivial treatment. It greatly suppresses bodies’ ability to fight infection for weeks or months. Patients are hospitalized for days or weeks.”

He continued on by saying: “HSCT has shown potential in various studies, but all have been open label where results could be biased. This study is firm and rigorous.”

The significance of the study

Bebo continued discussing on how much important Burt’s work and expertise is by saying: “He has been working in this area for some 20 years and continues to refine his approach to make it as effective and safe as possible. A key component of success is the selection criteria for patients, which Burt has refined.”

Despite the importance, however, he warns that “HSCT requires being treated at only a handful of facilities. Don’t mistake this for pop-up clinic. This is different and highly respected. Only a few places do this well. In the wrong hands, it can be dangerous.”

“HSCT is not for all MS,” elaborated Bebo. “There is growing evidence that isn’t going to work for progressive MS but is more appropriate for very aggressive RRMS not responding to other therapies.”

Bebo’s word of advice is that patients should work closely with their healthcare providers to try and find some centers that do these kinds of treatments with the lowest level of risk possible. Bebo said that “The results are not definitive as it was still a pretty small trial,” adding “We are likely to find out more about this treatment as to whose is best to receive it and how does it fit in with other treatments — the big picture.”

At the moment, Dr. Richard Burt is recruiting 200 participants for the needs of his randomized Phase 3 trial at Northwestern, which goes under the name “Maximizing Outcome of Multiple Sclerosis Transplantation (MOST).”