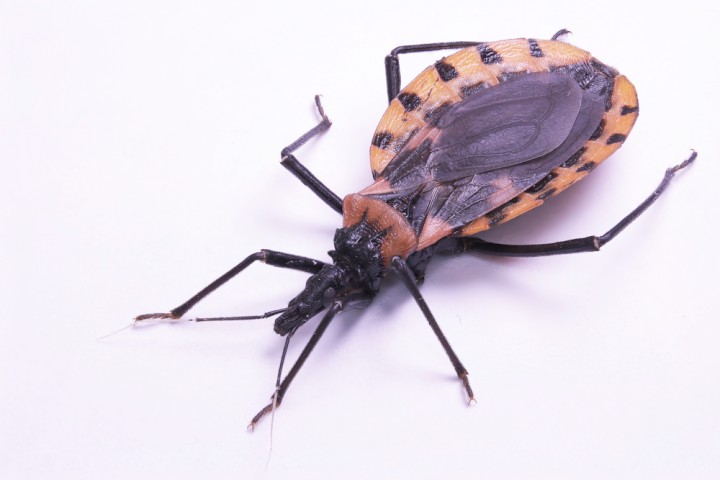 Chagas disease is caused by the parasite Trypanosoma cruzi. It is commonly transmitted by the triatomine insect, also known as the kissing bug due to its habit of biting near the mouth of sleeping people.

Previously found primarily in South and Central America, the insects and the parasite they carry have been spreading across the US and have already infected approximately 300,000 people in the country, primarily in southern states, according to the American Heart Association.

While many people will not experience initial symptoms, the parasitic illness comes with a 30 percent chance of life-threatening complications including arrhythmias and an enlarged esophagus, colon, or heart. The illness can lead to heart attack and stroke.

There are two stages of the parasitic infection – the acute stage and the chronic stage. The acute stage can last from a few weeks to a few months. In this time symptoms are usually mild or absent. Symptoms that may emerge include fever, rash, fatigue, headaches, and swelling near the bite. At this stage, the illness is still treatable with anti-parasitic medications in a majority of patients.

By the time the illness is in its chronic stage, the parasites are in the heart and digestive muscles and cannot be eradicated with medications.

As of now, cases of the parasitic illness have been found in 27 states including California, Florida, and Pennsylvania. The list of countries where the Illness has spread include Brazil, Argentina, Bolivia, Paraguay, Mexico, El Salvador, and the United States, Spain, Italy, France, Switzerland, the United Kingdom, Australia, and Japan. While South American physicians are familiar with the illness, doctors in other areas may not be aware of it and the potentially serious health implications.