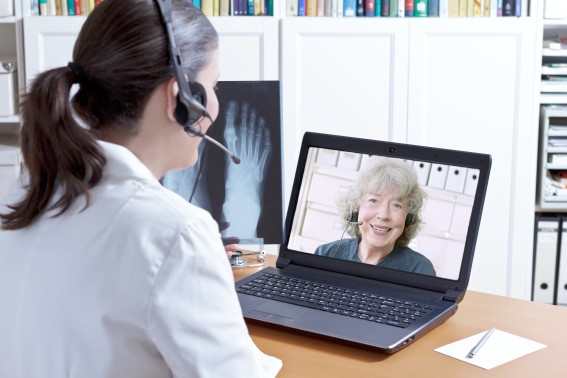 In the near future it may be normal to receive medical advice and prescription through the ease of a cellphone.  So-called telemedicine is becoming more and more used as tool for individuals to receive health care, and there is proof that Americans are ready to use the technology.

An AP poll found that the majority of Americans over the age of 40 would be comfortable receiving health care consultations over a video call.  This signifies a shift as the older generation is beginning to adopt the consumer tendencies of their younger counterparts.

Telemedicine has been touted as an important innovation in providing those in rural areas with better access to healthcare.  But, it could also be a huge boon to those who find it difficult to reach a doctor for other logistical reasons such as limited mobility or funds to make it to a physical doctor’s office.

Medicare has long restricted coverage for video consultations, but Congress passed a bill that allows for some expansion in telehealth coverage including the diagnosis of stroke-like symptoms and checking on home dialysis patients.

As the population gets older, new health options will need to be made available, and telemedicine is perhaps part of the solution. However, it could never fully replace the need of going into a physical doctor’s office.  There are concerns around telehealth including individuals who are worried about receiving a similarly high level of care as they would receive in person.  Also, some individuals believe telemedicine threatens the security of their health information.

But, overall seniors along with their younger counterparts seem eager to use telemedicine for it’s potential ease of use and lowering of health care costs.  Along with Medicare, the Department of Veteran Affairs is beginning to favor telemedicine by pushing forward the new policy of allowing telemedicine across state lines.

As government agencies begin to utilize telemedicine, it will likely increase both the use and opinion of the service for the general public.  Before long, the idea of getting your doctor on a Skype call may seem as normal as visiting their office.