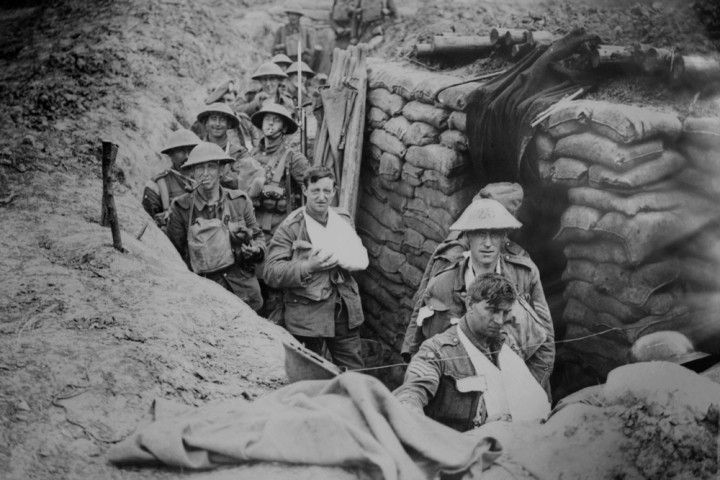 Home / News / USPS Honors those who served in World War I

While the last living veteran of World War I died in February 2012, many elders are still remembering the days of the war and its impact on history. To honor the millions of Americans, who participated in World War I, the United States Postal Service has dedicated a new stamp, named WWI: Turning the Tide, that is being sold across the nation.

"Even though the United States didn't see action until the last year of the war, in 1918, American troops played an indispensable role in turning the tide of that war in favor of the Allies," said dedicating official U.S. Postal Service General Counsel and Executive VP Thomas Marshall in a statement. "Today we pay tribute to the sacrifice of those soldiers, as well as the millions of supporters on the home front."

A close-up of a member who was part of the American Expeditionary Force is featured on the stamp and he is holding a U.S. flag. In the background, there is barbed wire, an airplane flying overhead, and smoke rising from the battlefield. Art director Greg Breeding designed the issuance with art by Mark Stutzman. Together, they painted in airbrush on illustration board, a technique that resembles the propaganda posters used during that time.

World War I was a global war originating in Europe and lasting from 1914-1918. The United States remained neutral until April 1917, when it declared war on Germany and entered the side of the allies – Britain, France, and Russia. The American Expeditionary Force, gaining nearly 5 million troops, engaged in 1918, and its actions helped to end the war, bringing the U.S. to the forefront of major world powers.

Those who purchased the new stamp can share it on social media with the hashtag #WorldWarIStamp.