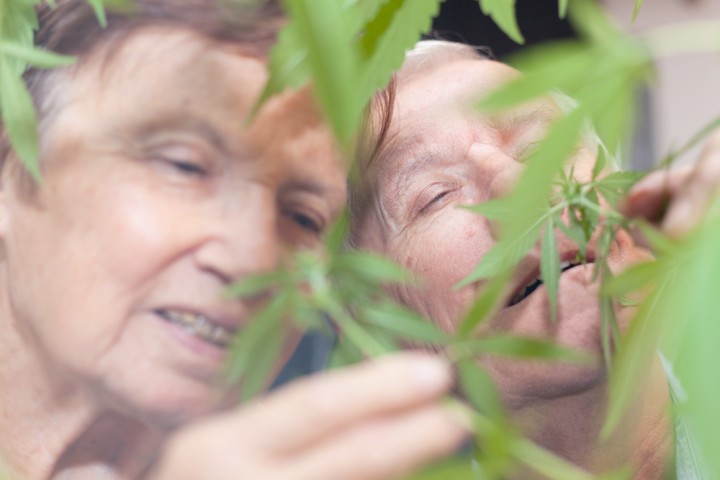 In an effort to find the growing trend of senior citizens who are using marijuana, The Doctors TV Show and producer Leslie Marcus set off to visit one of the largest retirement communities in the nation.

Marcus and the team found that many of the residents who have sleeping issues, Parkinson’s and/or back and leg pain, have started to replace their pain pills with marijuana. While this has improved the quality of life for a handful of citizens, research has shown that there is still no conclusive evidence on the effect marijuana has on certain health conditions, including dementia. In some cases, research has shown that cannabis interacting with other medications can increase the chances of seniors falling.

According to Aging, a national council for Aging Care, there are several ways marijuana can be taken including smoking it, vaporizing it, consuming it, rubbing it on your skin, using droplets, or taking it in pill form.

“There is not one specific way to intake the benefits of medical marijuana,” according to Aging. “Depending on your medical needs, budget, and your physical abilities, you may prefer one method over another.”

Chief Medical Officer of Canna-Centers, Dr. Bonni Goldstien, noted while on the Doctors TV Show panel, that dosage is a large concern in this age group. She recommends that anyone seeking this alternative, speak with a medical professional prior to taking cannabis and to start low and go slow.

The National Survey on Drug Use and Health, found that people age 65 and up who said they use marijuana grew 250 percent between 2006 and 2013.