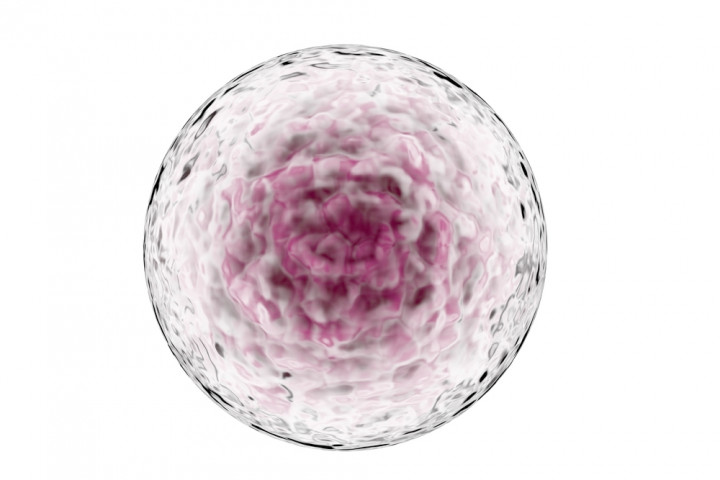 During a new preliminary study, scientists tested using stem cells to combat osteoarthritis. Even though it was a small study, it showed promising results, which will encourage larger studies to be made on this subject.

Osteoarthritis of the knee (KOA) is a condition that is caused by a break down in the joint’s natural cushioning system in the knee.

Without this “cushion,” bones start rubbing off each-other which causes pain, stiffness, and decreased flexibility.

According to a report from the Centers for Disease Control and Prevention (CDC), approximately 30 million people in the U.S. are affected by osteoarthritis.

With a slowly aging population, this number is expected to rise in the future.

While the symptoms can be treated with physical interventions and medications, the disease is incurable at the moment, because we don’t know how to regrow cartilage. When this type of osteoarthritis reaches the final stage, the only remedy for this is a joint replacement.

How do stem cells factor in?

Not too long ago, a group of scientist from the Krembil Research Institute, University Health Network in Toronto, Canada tried to find out how stem cells can be used for KOA treatment. Their results were published in the journal STEM CELLS Translational Medicine.

The researchers’ wanted to see if it’s possible to regenerate knee cartilage with the help of mesenchymal stromal cells (MSCs). These cells were used because of their ability to develop in various different cell types, such as muscle, bone, and most importantly – cartilage cells.

The study group consisted of 12 participants that had moderate to severe KOA, and MSCs were extracted from each of these participants. One of the main goals for this preliminary study was to get an understanding of what the safest and viable dosage is, and for this purpose, each participant was injected with one of three different MSCs doses.

Once the injections were administered, the scientists followed the participants over a period of 12 months, during which various tests were done on them. Some of them included measurements of the levels of inflammatory biomarkers, observation of the rate at which the cartilage broke down, as well as regular MRI scans of the affected joints. Additionally, they asked the participants to provide an estimate on their progress.

Near the end of the study, the researchers noticed a significant decrease of pain and an increase of quality of life, as reported by the participants.

All three MSC dosages had good results, with no significant side-effects. It was also reported that participants that received the highest dosages reported better results.

Inflammation in the knee joints was also significantly reduced, which is of great importance, as inflammation is considered to be a significant factor for osteoarthritis.

"Pro‐inflammatory monocytes/macrophages and interleukin 12 levels decreased in the synovial fluid after MSC injection," the researchers noted.

Additionally, according to them, the cause behind the pain reduction is the anti-inflammatory response to the MSC injections.

One of the shortfalls of this preliminary study is that it consisted of only 12 participants – a rather small number for a study of this importance. As such, researchers will need to focus on much larger studies in the future if they want to see any possible implementations of the technique in everyday medicine.

It also needs to be said that even though the MSC injections lead to a reduction of pain and inflammation, no cartilage regrowth was identified, something that was accomplished in some other trials. According to the researchers, these results could be attributed to the late stage of the disease in the participants. They said that "such regenerative effects are more likely to be observed in earlier‐stage [osteoarthritis]."

Additionally, the preliminary study was open-label, which means that no placebo was used, and both participants and researchers were aware of what dosage was administered.

With that in mind, the study wasn’t designed to with conclusive evidence of the effectiveness of this method in mind. According to them, it should be considered as a door which leads to future studies.

This wasn’t the first attempt of using stem cells to combat osteoarthritis, either. During 2015, another group of researchers conducted a study that involved 30 participants, and they reported that "MSC therapy may be a valid alternative for the treatment of chronic knee osteoarthritis."

Another study conducted in 2016, consisting of 60 participants had similar conclusions.

These studies are very promising, and if some larger studies are successful in replicating the results from these previous studies, stem cells could prove to be the basis for future osteoarthritis treatment plans.