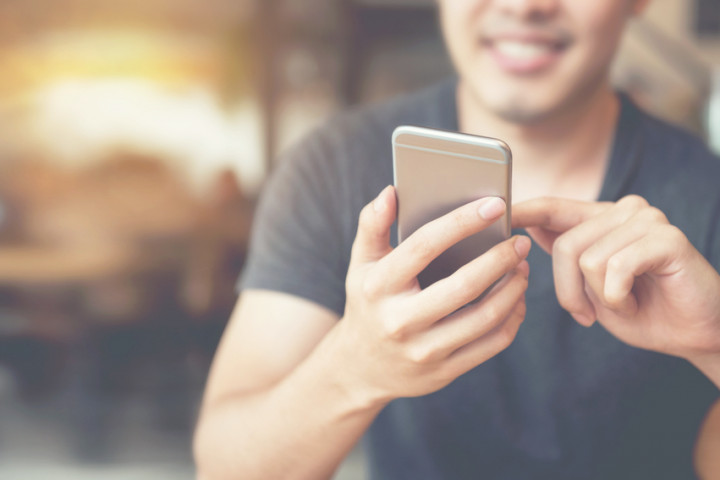 Millions of people in the U.S. live their lives not knowing that they have diabetes. A new study has revealed some findings from a smartphone app that might be able to detect diabetes in some people without the need to make a trip to the hospital.

According to a report from the Centers for Disease Control and Prevention (CDC), over 30 million people in the United States have diabetes.

It is also troublesome to know that approximately one in four people in the U.S. are unaware that they don’t have diabetes.

This of great importance, as diabetes can lead to some serious health complications if left untreated, and some of them include kidney failure, sight loss, heart disease, and stroke.

At the moment, in order to diagnose diabetes, a doctor needs a blood sample, which would require people to make a trip to the hospital.

Due to many reasons, a big percentage of people don’t have easy access to quality healthcare, and because of that, it’s of great importance to come up with simpler and easier ways to detect diabetes.

Using an app for diabetes diagnosis

Not too long ago, researchers at the University of California in San Francisco set their minds to find a new and free way to detect diabetes, and that came in the form of a smartphone app.

They were able to do this with the help of a function that lots of fitness apps have implemented in their design – a photoplethysmography (PPD) signal. They have managed to do this by using the smartphone’s camera and flash.

When our hearts pump blood, a pressure pulse is generated, and this pulse moves through our bodies. After that, peripheral blood vessels expand in order to make way for the rush of blood.

When the smartphone’s camera and flash are placed next to a finger, it allows the smartphone to register the small changes that occur by the swelling of the blood vessels. Every new contraction of the heart results in an increasing amount of light on the skin.

This change is then detected by the camera, and the data extracted can help interpret information for the blood flow.

During the early onset of diabetes, a set of vascular changes happen. Dr. Robert Avram said that “diabetes can be asymptomatic for a long period of time, yet adverse vascular changes still occur silently, which can lead to cardiovascular complications."

"This makes it especially important for us to examine low-cost, noninvasive opportunities that make it easy to screen millions of people," he added.

In order to test the performance of smartphones as diagnostic tools, researchers reached out to 54,269 participants chosen through the online Health eHeart Study. The study used a smartphone application called Azumio Instant Heart Rate, one of the most downloaded heart-rate apps on the market.

After that, researchers developed a deep learning algorithm that used data from the PPG signal to find out who has diabetes. The results of the study will be published on March 17 at the American College of Cardiology's 68th Annual Scientific Session in New Orleans, LA.

When their deep learning algorithm was tested, researchers noticed a 72% success rate at correct diabetes detection.

When they added additional information that consisted of other known risk factors, like BMI, age, and sex, the algorithm’s success rate increased to 81%.

Moreover, the deep learning algorithm was also able to correctly identify people without diabetes with a 97% success rate.

Dr. Robert Avram said, "Based on our findings, this strategy could become a low-cost way to screen for diabetes at home because it can be derived from any optical system that has a camera and a flashlight, and most people have a smartphone."

It goes without question, however, that smartphone applications can’t replace official doctor diagnosis, but at least people might get a hint if they should make a visit to the doctor’s office - at least.

Dr. Avram has already started work on a follow-up research which will deal with the performance of the algorithm with different populations. For example, the researchers are currently focused on African-American and Asian population because of the fact that they have been noticed to have higher chances of getting diabetes than Caucasian Americans, as they had a smaller number of participants in the first study.

Researchers also want to find out if it’s possible to know whether people have an early or later stage of diabetes by means of this method.

Nonetheless, the results of this study are optimistic. If an ordinary smartphone application can provide assistance in early-stage diabetes detection – it will surely be able to help millions of people.