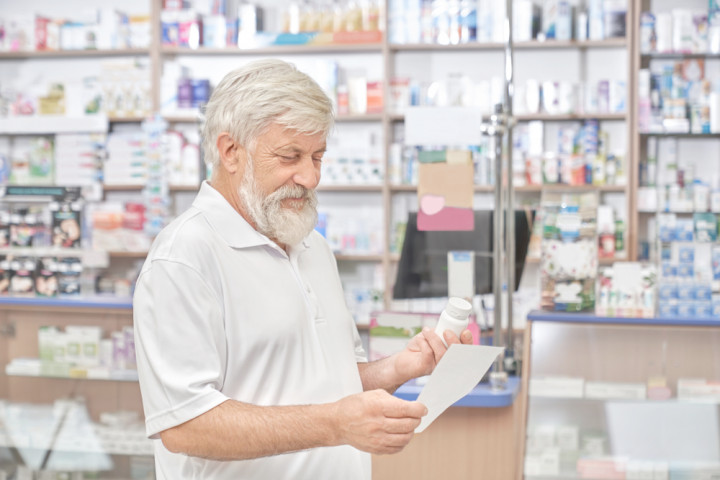 Over-prescription of antibiotics is not the only problem

Over-prescription of antibiotics isn’t even the only problem that seniors need to watch out for either. Antibiotics also bring some highly serious risks for seniors, which include nerve damage, tendon problems, and mental health issues as well.

Just a month ago, Caryn Isaacs went to her doctor’s office for her yearly Medicare wellness visit. Being a patient advocate, she was feeling great and was anticipating a clean bill of health but much to her surprise, her primary care doctor told her she has a urinary tract infection and immediately prescribed her antibiotics.

“The nurse said, ‘Can you take Cipro?’” Ms. Isaacs remembered being asked. “I didn’t have any reason not to, so I said yes.”

In actuality, there are lots of reasons why seniors should avoid Cipro and similar antibiotics that fall under fluoroquinolones, for which the Food and Drug Administration (FDA) issued warnings regarding the risks they bring in the form of side effects.

Not everything should be treated

Additionally, antibiotics should also be avoided when dealing with urinary bacteria with patients that show no other infections. Asymptomatic bacteriuria becomes more prominent as we age, but women that have these bacteria are not deemed sick and therefore, medical guidelines suggest it shouldn’t be screened or treated.

However, being prescribed antibiotics wasn’t that unusual for Ms. Isaac. Even though the Centers for Disease Control and Prevention (CDC) and other public health groups are leading on-going campaigns against over prescription, seniors keep on taking more antibiotics than they should.

Patients older than 65 have the highest rate of outpatient prescription than any other age group. In a new CDC study that was published in the Journal of American Geriatrics Society reveals that the amount of antibiotics that doctors in the U.S. prescribe in one year (almost 52 million in 2014), would be enough for every senior to get at least one.

And since the authors of the study used a national pharmacy database only for outpatients, the numbers shown are most likely even higher. “The volume would be higher if you included hospitals and nursing homes and other long-term care settings,” said Katherine Fleming-Dutra, deputy director of the C.D.C.’s Office of Antibiotic Stewardship.

For those that are more optimistic, the report shows that after a 30% rise from 2000 to 2010, prescription of antibiotics for seniors slowed down and leveled out between 2011 and 2014. “That’s potentially good news,” said Dr. Sarah Kabbani, an infectious disease specialist at the C.D.C. and lead author of the study.

However, what public health advocates are actually aiming for is a decrease, as it was reported with young children, which was once the age group that had the highest rate of antibiotics prescription.

“It’s hard to feel heartened about a plateau when overuse remains so prevalent,” said Dr. Caleb Alexander, co-director of the Johns Hopkins Center for Drug Safety and Effectiveness. “It’s as perennial as the grass.”

Health issues aside, the overuse of antibiotics poses a serious threat to the public health because it also creates drug resistance, since bacteria are able to adapt to the medications. When that happens, drugs become less effective, which then leads to doctors resorting to drugs with increased toxicity, lower potency, and higher costs. The CDC also reported that approximately 2 million Americans annually get infections that are resistant to antibiotics, with 23,000 of those infections resulting in death.

To add to the pile of bad, antibiotics have a bad interaction with a great number of other drugs that seniors usually take, which include statins, blood thinners, kidney and heart medications – types of drugs that are quite commonly used by seniors. “The number of potential drug-drug interactions with antibiotics are vast,” Dr. Alexander warned.

Dr. Kabanni noted that “when antibiotics are needed, they are lifesaving drugs.” However, because of the widespread over-prescription, the CDC has started asking patients and hospitals to be more cautious with antibiotics. This recommendation was also promoted for nursing homes by the Centers for Medicare and Medicaid Services.

For example, fluoroquinolones have proven to be of use for hospitalized patients but they shouldn’t be used for treatments of ordinary urinary tract infections. The proper medications for these are some older antibiotics like Septra, Bactrim and Macrobid, among others.

This will be considered successful of health providers diminish their usual prescription habits, and these include dentists as well, as they have been reported to ask patients to take antibiotics before they make an appointment if they’ve underwent a prior surgery.

It is important to point out that doctors are not the only ones to blame, as patients are sometimes the ones that ask for a pill to lessen their cold, even though no such pill exists.

We encourage patients not to pressure their physicians to prescribe antibiotics,” Dr. Kabbani advised. Even when physicians do decide to give them the prescription, “Have a conversation about why. Do I really need it? What else can I do to feel better? What do I watch out for in terms of side effects?”

One such case of serious side effects is Cary Isaacs, who took Cipro. This caused her to experience severe chest pain, and as she described it: “I thought I was having a heart attack” — and felt anxious and irritable.

This didn’t prevent her from taking the medicine, though, as she finished her week, after which her personality changes subsided. However, she still suffers from occasional chest pains, coupled with a feeling of weakness.

She still worries about urinary tract infections, as she has witnessed the delirium they cause in her older patients. But she said that next time she might have a different approach.

“I probably would take something,” she said. “But I won’t take Cipro.”