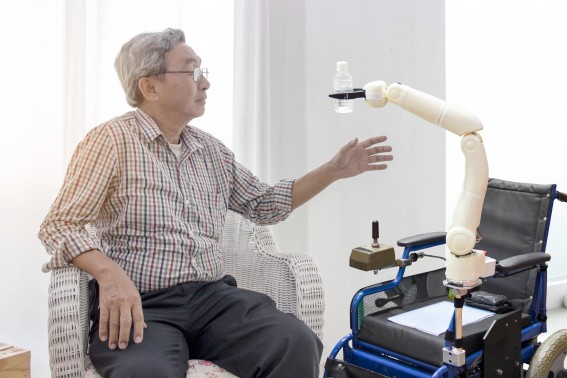 Japan has long been known as an artificial intelligence and technology powerhouse, and now they are extending this knowledge into senior care. A government-backed program using robots to deliver a variety of social and health care to seniors is combatting Japan’s shortage of care workers.

Unsurprisingly, Japan’s quickly aging population is outpacing its labor force participation, so the government took innovative measures to increase the quality of care.  The new program has received positive feedback from seniors.

Japan has the highest life expectancy in the world at 84, and a falling birth rate means fewer people are available to take care of the aging population.  In fact, the population has actually shrunk in recent years thanks to the lowering birth rate.

So, Japan has had to create innovative ways to care for their seniors.  These not only include the use of artificial intelligence, but also the creation of so-called ‘dementia towns’ to serve the projected 7.3 million people who will suffer from the condition in 2025.

Robots have proven to be Japan’s latest senior care innovation, with reports and studies showing that the robot increased the activity of even the most bed-ridden nursing home residents.  Robot care has seen improvements in individual’s autonomy and overall quality of care.

Currently, the robots focus on increasing the emotional well-being of seniors in care.  Many take the form of animal-like creatures that elicit hugs and allow seniors to speak more openly about issues that are affecting them.  Also, robotic machines that help seniors walk outdoors and track their movement for families is being sold.

While the use is somewhat limited for now, they have received a hugely positive response with over 80% of people saying they would be open to robots being utilized in senior care.

Japan is providing the rest of the world a road map on how to take care of an aging population, and many countries will look to Japan as a model for innovation in the senior care industry.