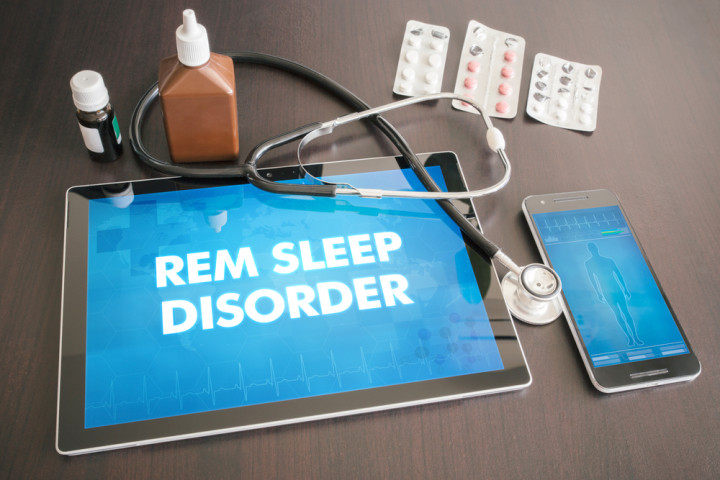 A recent study found a connection between rapid eye movement (REM) sleep behavior disorder and Parkinson’s disease diagnosis. What is the indication for this sleep disorder and does it present a new way to predict Parkinson’s earlier?

A report published by the National Institutes of Health (NIH) shows that almost 50,000 people in the U.S. find out they have Parkinson’s disease, which is a neurological condition that negatively affects people’s motor function and leaves them vulnerable to neurodegenerative problems, like Alzheimer’s disease.

While researchers still haven’t figured out what exactly causes Parkinson’s disease, they have found some underlying risk factors that can leave a person more susceptible to this degenerative condition.

Some of those factors include age, sex, and some other genetic factors. However, it’s still difficult to make predictions as to who is more likely to develop Parkinson’s disease.

As part of the study, researchers from McGill University in Montreal, Canada set on to find out if the sleep disorder named ‘REM sleep behavior disorder (RBD)’ is viable for early prediction of Parkinson’s disease.

The name of the disorder, RBD, was fashioned that way because if happens during REM sleep, during which time people’s bodies are paralyzed. This is body immobility is believed to be a safety measure, preventing the body from moving or acting because of what’s happening in their dreams, and with that – preventing us from hurting ourselves.

People that have this disorder don’t get paralyzed, leaving them open to the possibility of hurting themselves while sleeping without their knowledge.

The researchers’ data showed that a great number of people that have RBD eventually develop Parkinson’s disease, and that’s why McGill University team made a decision to find out if RBD is a Parkinson’s precursor.

Dr. Ron Postuma – the lead author, and his colleagues went on to explain that if they successfully prove the RBD can be accurately used to predict Parkinson’s, it would provide specialists with a relatively simple method to identify people that are at risk and be able to offer them therapies that would delay or even prevent this neurological disorder.

In order to assess the connection between these two disorders, researchers worked together with 1,280 people diagnosed with REM sleep behavior disorder from 24 centers of the International RBD Study Group. The results of their study were published in the journal A Journal of Neurology.

They established participants’ motor functions, cognitive and mental abilities, as well as their sensory abilities for a prolonged period of time. Once 12 years have passed, they found out that 73.5% of the participants in the study developed Parkinson’s disease.

In addition, people that started having motor function during this period had three times higher risk of developing Parkinson’s disease or some other related disorder, like dementia with Lewy bodies.

Additionally, participants that had developed cognitive impairment or sensory issues were also at high risk of developing Parkinson’s disease.

A less expensive and faster way to detect Parkinson’s

Much different than the present way of Parkinson’s disease risk assessment – dopamine transported imaging, this new method is cheap and easy to use.

Dr. Postuma and colleagues explain that dopamine transporter imaging detects Parkinson’s by assessing the integrity of the dopaminergic system, as it gets weakened in parkinsonism and Parkinson’s disease. What’s bad about this is that it’s complex and very expensive. For comparison, the new method presented in this study by assessment of the risk factors in not only fast, but also less expensive.

Dr. Postuma said that they “confirmed a very high risk of [Parkinson's disease] in people with REM sleep disorder and found several strong predictors of this progression."

"As new disease-modifying treatments are being developed for [Parkinson's disease] and related diseases, these patients are ideal candidates for neuroprotective trials," he added.