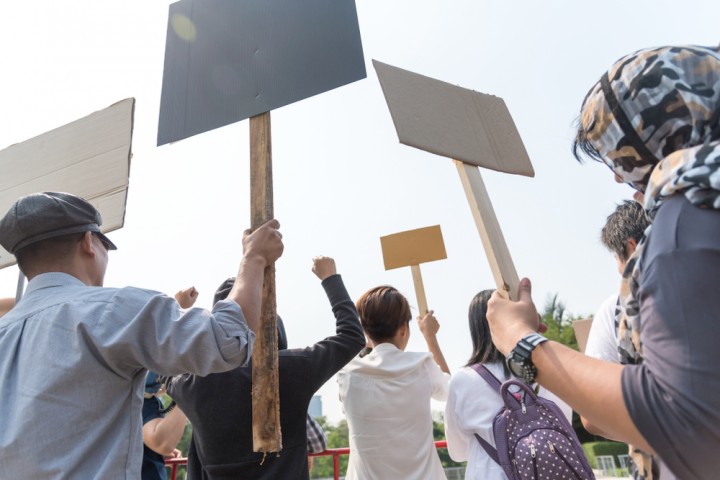 Thousands of Russians took to the streets of Moscow on Sunday to protest a proposed retirement age bill.  The proposal would raise the retirement age to 65 from 60 for men and to 63 from 55 for women.

The bill has little support with a recent poll showing that 90% of Russians are opposed to bill, and protestors came from far and wide to make their voice heard.  Putin faces backlash for the increase and his approval ratings have taken a dive thanks to his previous promise that the retirement age would not be increased.

According to the government, the plan is necessary to raise funds for the state’s pension plans.  However, many workers will not live to see the fruits of a higher pension if they are working 5-8 years longer.

This contradiction caused protestors to allege that Putin and the government are “thieves”.  Opposition have also accused lawmakers of attempting to sneak the legislation through as the plan was announced the night before the World Cup began in the country.

Putin has long enjoyed praise from the Russian populous for his handling of foreign policy, such as the perceived return of Russia to the fold as an international power.  However, the man who’s led the country since the turn of the century has long used the international stage to distract from domestic problems.

Putin has done his best to quell domestic opposition, including suspected high-profile poisonings and arresting opposition politicians.  Three protestors were arrested during the retirement age protests, but they released a photo saying they were “sitting in a paddy wagon as part of a good campaign.

Globally, governments will have to reckon with limited pension funds and an ageing population that is living longer.  However, it is clear in some states that citizens and seniors will not take changes to the retirement age and pension schemes without a fight.