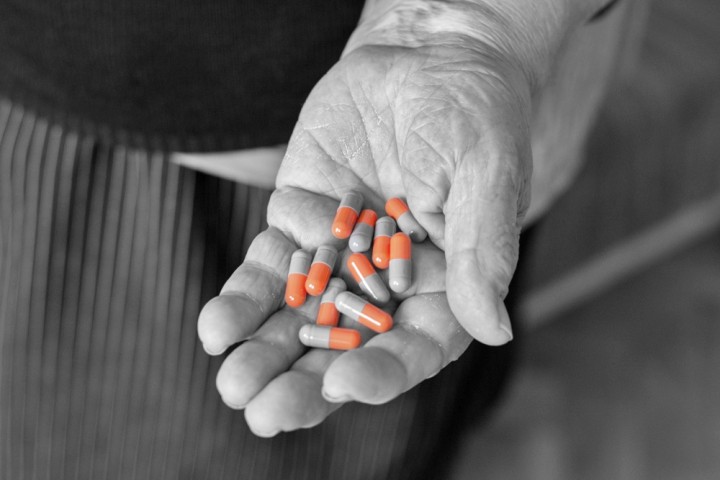 Various government reports have warned of the nation’s growing opioid crisis infiltrating the elderly community.  The Agency for Healthcare Research and Quality’s report says over a million American senior citizens have prescriptions for multiple opioid medications.

An increasing number of seniors are becoming hospitalized with complications from taking opioid drugs.  The report found a 34 percent increase in seniors admitted to the hospital with opioid-related inpatient admissions.

A staggering number of seniors filled an opioid prescription between 2015 and 2016, 10 million seniors.  So, one in five seniors took some opioid medication in this timeframe.  Also, the Substance Abuse and Mental Health Services Administration found opioid abuse has been on the rise since 2000 among Americans over the age of 50.

Many seniors suffer from chronic pain and turn to opioid medication to cope with the pain.  In the opioid epidemic craze, some seniors who rely on the medication to function are worried that their medication may be taken away from them.

Some physicians and patients have seen an overreaction to the opioid epidemic, and seniors have wrongly had their medication cut back.  The medication can be effective in managing pain after surgeries and for those who suffer from extreme chronic pain.

However, the drugs are highly addictive and users will have to take increasing doses to feel the same pain relief effect.  So, doctors have to find a healthy balance in order to ensure the drug does not get misused.

Multiple reasons may be increasing senior citizen use of opioid drugs.  Many seniors face social isolation and mental health issues which can exacerbate addiction problems.

Those who take care of the elderly have to be aware of signs of opioid addiction, and alternative ways in which seniors can manage their pain.  Increasing community bonds can also serve as a method of addiction prevention.

The opioid epidemic has caught the attention of the government and public, but with slow change on the governmental level, those on the ground will have to make the immediate change.