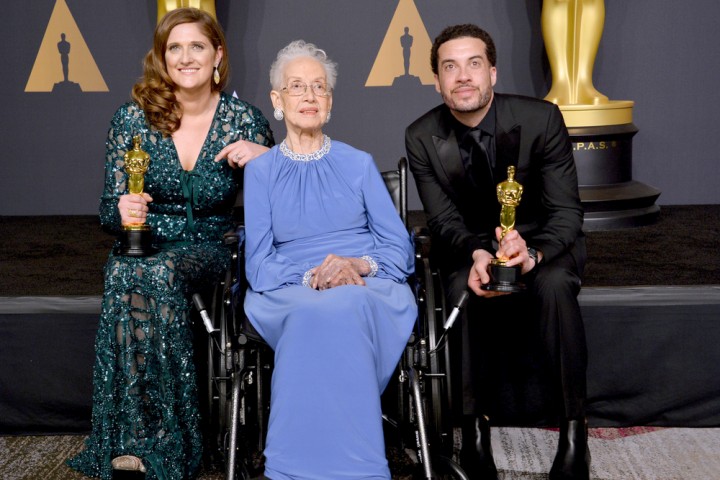 Katherine Johnson is a legendary NASA mathematician known as a “human computer.” She was one of the first mathematicians to help the nation’s space program to get off the ground using not much more than a slide ruler and pencils.

Born on August 26th, 1918, in White Sulphur Springs, West Virginia, she would become an enthusiastic student. She ended up several years ahead in grade school and earned two degrees college – in Mathematics and French – resulting in a teaching position. Eventually, she was granted access to a graduate program and went on to earn a Ph.D. in Mathematics at West Virginia University.

According to NASA, she started the non-teaching portion of her career when an opportunity became available in the West Area Computing section at the National Advisory Committee for Aeronautics’ (NACA’s) Langley laboratory. In 1962, she was asked to help at NASA. They had a computer program to run complex orbital flight patterns and trajectories but wanted to make sure that the numbers that the machine was producing were correct, so they called in someone they could trust to be an expert on numbers – Katherine. She ran the numbers, by hand and without the assistance of a computer, through the same equations that were being used by the computer. The only technology she used was a desktop mechanical calculating machine. She gave her approval on the calculations, and the flight was a success, thus giving the United States an edge over the Soviet Union in the competition for space discovery.

She enjoyed her work and went on to do mathematics for the Space Shuttle and Earth Resources Satellite. She was also involved in the authoring of 26 research reports during her thirty-three years of work in mathematics at Langley. In 2015, she was awarded the Medal of Freedom, which is the highest civilian honor in America.

We hope this remarkable centenarian has had the best birthday possible!