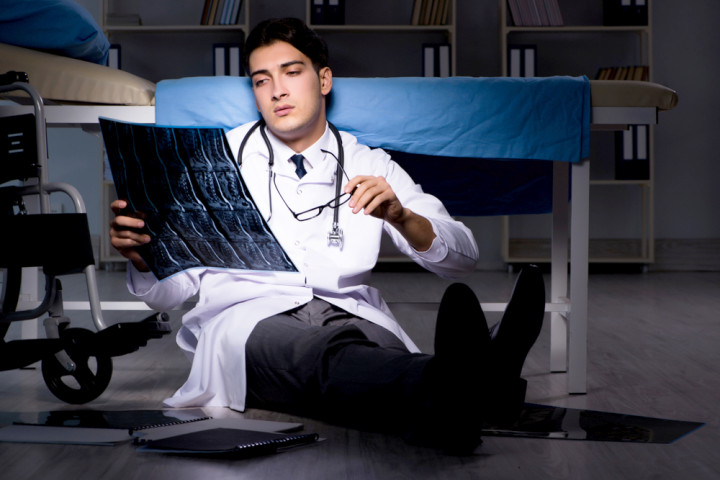 For a long time, it has been highly debated whether or not young doctor’s long work hours would put patient’s health adversely, but a new study has emerged saying there’s nothing to worry about.

This study is the latest study to be done in order to find out the effects of doctors’ work hours, and tested the theory if shorter shifts would equate to physicians getting enough rest and increase their efficacy at work, reducing medical errors.

During 2011, some new guidelines were enacted in an effort to put a limit to resident doctors’ (doctors in training) shifts to 16 hours or less.

However, this change didn’t show the benefits everyone was aiming for. In 2016, a trial of surgical residents showed that patients didn’t show any improvements while the 16-hour limit was in effect, when compared to the patients that were cared for by doctors that were doing longer shifts.

This new trial had the same results for residents in internal medicine. The results of the study were published on March 7th in the New England Journal of Medicine. In it, David Asch, the senior researcher said that, "Patients cared for by residents on longer shifts did just as well."

These results might seem a bit unreasonable, as it sounds “natural,” said Asch, for more rested residents to show greater alertness and performance at their workplace.

"But there are other competing issues," said Asch, a professor of medicine at the University of Pennsylvania. "It's not just, 'Is your doctor tired?'"

An example of why this might not be true is that, shorter shifts equate to more “passing off of care.” This is a bad idea as even though your doctor might be a bit tired is still more familiar with your medical situation than a doctor that has never seen you.

That aside, the study showed that residents that had shorter shifts weren’t necessarily getting more sleep.

The findings of the study changed the way people think, and as of 2017, the Accreditation Council for Graduate Medical Education made some changes to the 16-hour shift guidelines.

Lamas, who is a critical care specialist at Brigham and Women’s Hospital in Boston, published an editorial that was incorporated in the study.

According to Lamas, patients’ health isn’t affected by the length of the work shift their resident had that day. "There's a lot of redundancy at a hospital, and a lot of people are actually 'in charge,'" Lamas said.

Asch shares the same opinion as Lamas. Even with the 16-hour rule out of the way, some other checks are set in place. One of them is the 80-hours a week limit, as well as required supervision by a senior doctor.

The work shift concern can be traced back to 1984, at a time when an 18-year-old patient by the name of Libby Zion died while under the care of a resident and an intern that were at the end of a very long work shift.

For the purpose of the study, researches assigned 63 U.S. residency programs by random, and they were either sticking to the 16-hour rule or to a more flexible work shift. For the second group, program directors were able to design their residents’ shifts the way they saw fit, being allowed to have shorter shifts for certain rotations and assign longer shifts for others.

One year later, the study showed that there was no effect on patient safety by flexible programs.

It is worth noting that the average 30-day death rate with Medicare patients lowered a bit, and this was reported in both groups, equating to a bit higher than 12%. Additionally, hospital readmissions didn’t change, nor did complications such as infections and blood clots.

In a distinct analysis, Asch’s team examined residents’ sleep patterns, with a subgroup of them wearing activity monitors for the duration of two weeks. Doctors were also taking alertness tests, and rated their fatigue and sleepiness every workday.

In general, residents from both groups had an average of seven hours of sleep per day. However, residents in the flexible programs showed worse alertness levels after the end of their shift, but this dip in alertness didn’t affect patients’ safety.

Lamas noted, however, that all of these studies don’t include the opinions that patients and their families had regarding the care received by their doctor’s shifts.

She noted that family members are of great importance to providing “continuity of care,” by constant enquiry and communication with the hospital staff.