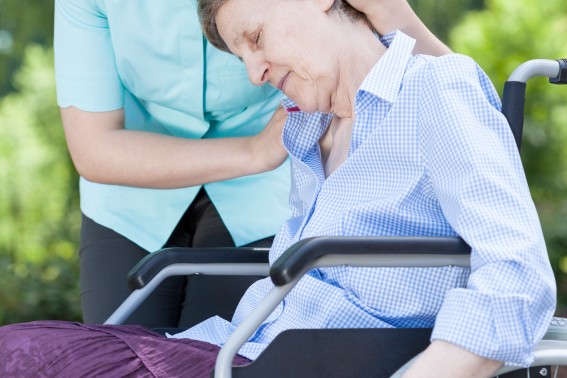 When a senior citizen becomes incapable of making their own decisions a court can assign a legal guardian to take care of their day-to-day affairs.  If a family member cannot be appointed, a private guardian will be assigned to oversee the individual’s life.  Unfortunately, this system is filled with potential disastrous outcomes for the elderly, and John Oliver of Last Week Tonight put a spotlight on the issue during his Sunday show.

A senior citizen can lose many rights including the right to vote when they are placed under the legal care of a guardian.  In Oliver’s segment he shows a clip of a judge likening the right restrictions placed on a senior under guardianship as worse than that of a prisoner.

Not only can the rights of those placed under guardianship be heavily restricted, but their finances can also be severely diminished.  Private guardians bill senior citizens for their services and there have been well documented cases of overbilling and corruption.  Notably, in most American states no background checks or credit score checks are necessary to become a guardian, leaving the legal guardian system completely unchecked for potentially unscrupulous employees.

Approximately 1.3 million senior citizens are in the care of a guardian.  It has been reported that the elderly are swindled out of $37 billion a year, in part due to the broken guardianship system.

As the American population ages, more and more people will face situations where they need significant help, so the number of citizens who need guardians will only increase.  In his segment, Oliver calls for increased regulation and oversight funding to protect senior citizens from vulture-like strangers.

Experts also advise having open conversations with family members about how you would like your finances taken care of as you age in the case that you become under the purview of a guardian.  To avoid a stranger becoming your guardian one can legally appoint a trusted friend or family member as a health care representative.

Despite being a comedy show, John Oliver’s weekly HBO show has become known for it’s penchant for investigative reporting in a media landscape desperately needing it.  The show often takes on topics such as guardianship which receive less mainstream attention.