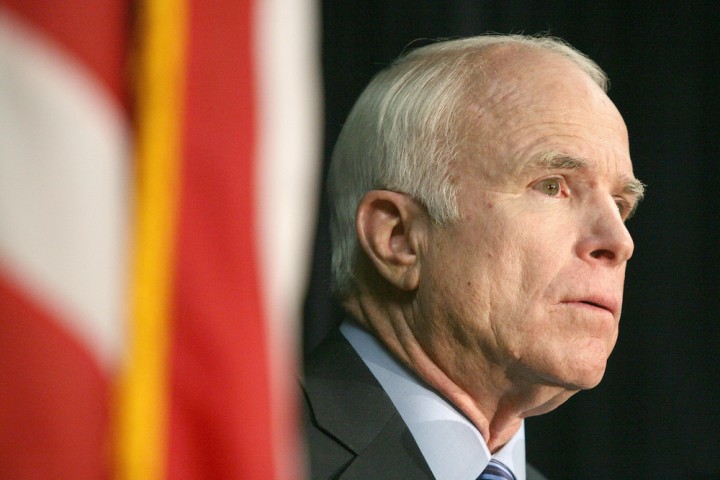 Senator John McCain died at the age of 81 after stopping his treatment for a brain tumor on Friday.

McCain was diagnosed with the tumor in July 2017, but he still played a pivotal political role until his last days.  Shortly after his diagnosis he gave a decisive thumbs-down motion when the Senate was voting to partially repeal the Affordable Care Act.

The senator served his home state of Arizona for six terms and ran for president in 2008.  In the 2008 presidential campaign, he and running mate Sarah Palin ran as mavericks within the Republican Party.

In the span of eight years, McCain was at odds with the Republican nominee and eventual President Donald Trump.  President Trump made several disparaging remarks to McCain specifically about his military service.  On the campaign trail in Iowa, Trump said about McCain, “he's not a war hero. He's a war hero because he was captured. I like people that weren't captured.”

The remarks shocked many, and McCain remained at odds with the President, and he made it his mission through his recently released book to advocate for returning to political civility.

McCain was a decorated prisoner of war during the Vietnam War, and he was well-liked by many across the political spectrum.  McCain leaned conservative, but he was proud of his independent spirit within the Republican Party.

Unlike his Republican colleagues, McCain wanted more government oversight and spending to protect the American people from big healthcare and pharmaceutical companies.  Since these policies ran against the principles of the Republican Party, many were dead before they even got off the ground.

But, his record as a war hero, senator, presidential candidate, and ACA savior will make John McCain one of the most memorable political figures in American history.