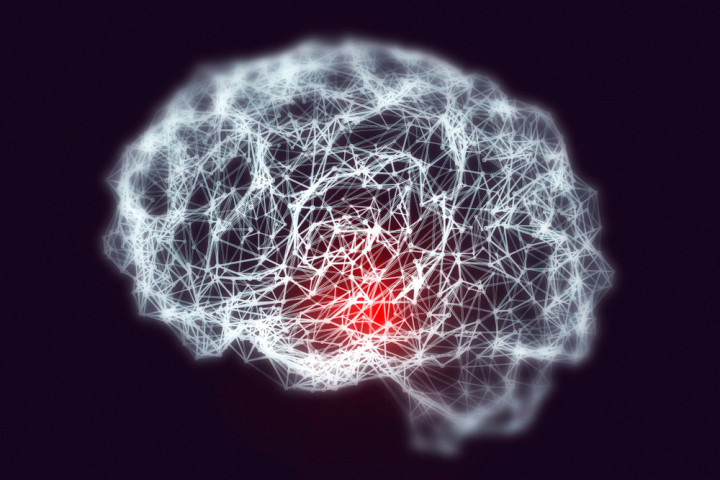 Home / News / What is important to know about ischemic stroke

Last week a new patient arrived by ambulance at a Maryland emergency room and the staff had to react fast because the patient was having a stroke. The man who was middle-aged felt weakness in the left side of his face and in his left arm, so he couldn't speak nor could he feel the left side of his body. When his had was scanned, it was clearly revealed that he had a large blocked vessel in the right side of his brain which was a clear clue of an ischemic stroke.

The patient's symptoms were still within the three-hour window, and he was put on a clot-busting treatment or also known as tPA (tissue plasminogen activator) by the ER staff. While the patient was under IV, the ER staff contacted a top neurologist who worked at one of the state's comprehensive stroke center. They decided to fly the patient over there in order to get his cutting edge treatment with a clot-retrieval device. This is how national experts from two U.S centers for stroke are describing what ischemic stroke basics are.

What is a stroke

There are some people who interpret stroke as a brain attack. When the constant blood flow is lost in the brain and cuts off his energy, the brain stops working right. And depending on which side of the brain is affected, the functions it's responsible for the falter. "It could be speaking, vision problems, recognizing faces, moving an arm or a leg or even seeing," states Dr. John Cole, who is an associate professor of neurology at the University of Maryland School of Medicine and a neurologist at the Baltimore VA Medical Center and the University of Maryland Medical Center.

Ischemic stroke occurs when a clot blocks the blood vessels which lead to the brain. On the other hand, Hemorrhagic or bleeding stroke happens when a blood vessel leaks or bursts. However, 85 percent of the cases have ischemic stroke. A mini-stroke or a transient ischemic attack is a blockage that lasts temporarily and resolves on its own. A TIA should be perceived as a "warning stroke" according to the American Stroke Association, due to the fact that it can be a precursor of a full-blown stroke.

Weakness that is one-sided

"Something wrong with one side of the body is a sign that is most common", says Dr.Sidney Starkman, co-director of the UCLA Stroke Center. The speech can slur due to a crooked corner of the mouth and one side of the face. There is a weakness in the arm and especially the hand. "Out of the blue patients can't lift their arm or even hold a pen as they used to". "That’s a stroke." Says Starkman.

There are simple ways developed by the American Stroke Association for remembering signs of a stroke: F stands for facial drooping. A stands for arm weakness. S stands for speech impairment. T stands for time to call 911. You can also download an app that spots stroke.

Symptoms should be taken seriously 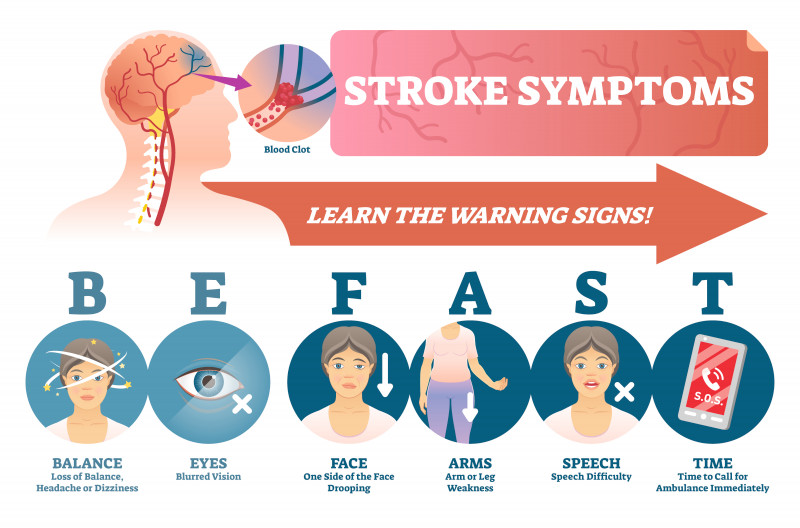 Ischemic strokes usually do not hurt a lot, says Cole - One might get a mild headache. So you have to recognize symptoms that are less obvious and arise suddenly for no reason. "You should immediately call 911 if your hand is heavy and you can't pick up your fork while eating".

Some people think that by sleeping the symptoms will fade away but it gets only worse in the morning. "Different treatments and methods can be performed if people show up quickly and early", says Cole. "However if they show up late, the brain tissue has already died and there is a high risk of removing the clot because people may experience brain hemorrhage."

If people you know show signs of a stroke, don't hesitate to call 911. Don't try calling their doctor and waste more time. Don't waste time and drive the person immediately to the hospital which can end up worse. Ambulance paramedics will pre-notify the ER department and start care as soon as they arrive says Starkman who is a professor of emergency medicine and neurology at the David Geffen School of Medicine at UCLA.

When the patient arrives in the emergency department, the team starts assessing and stabilizing him, brain imaging by CT scan or MRI are being done so it is revealed whether a bleeding stroke or an ischemic stroke is going on. Patients who have an ischemic stroke and qualify get treatment with tPA.

"Anti-clotting system chews up a clot and is activated by intravenous TPA," says Cole. "Physicians give up to three or 4.5 hours to most people following very precise criteria." After that, the risk of bleeding is outweighing the benefit.

Starkman says that tPA is marvelous but it is not definitely a cure for patients. "It will help open up a clot in one out of three patients." 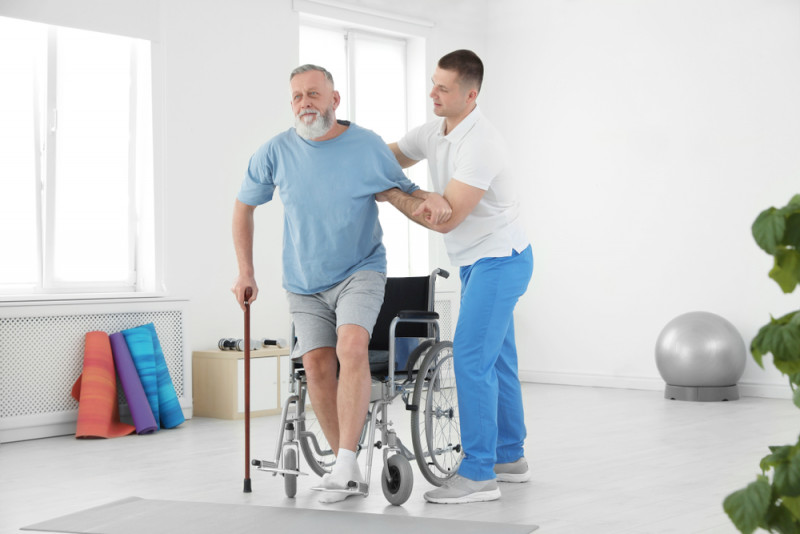 How long will a person recover from a stroke is individual. If the brain's language area is affected communication problems will occur. Patients who have weakness in one side of the body recover very well, says Starkman. But not being able to move their arm or leg is a sign of profound weakness, and he says that in that case, "They have only 50 percent chance of walking again."

After three months pass since the stroke, recovery occurs, says Cole, and gains are incremental after that. But still, he says that people can continue improving if they are cautious with their rehabilitation. There are therapies that restore the body’s function such as: Physical, occupational and speech-language therapy. People can also retain an injured brain by cognitive therapy and computer-based programs.

Prevention and risks of stroke

The buildup of plaque, fat in the blood vessel walls and atherosclerosis are causing clots to form and arteries to narrow. When large carotid arteries are blocked in the neck, massive strokes happen. Chronic conditions such as high cholesterol, diabetes, and high blood pressure are narrowing blood vessels as time goes on. Stroke can be prevented no matter if it is the first, second major stroke or avoiding a full-blown stroke.

It all depends on the risk factors but doctors are putting patients on daily aspirin or statin drugs. With medication, chronic health conditions are kept under control and stroke is prevented. Physical activeness, avoiding heavy drinking, eating healthy and maintaining a normal health is the key. Starkman firmly believes that the Mediterranean diet should be implemented. Doctors believe that smoking is harmful and related to stroke. “Smoking is the cause for 1-5 strokes,” says Cole. “If you want to smoke, you will have to accept the fact that you’re going to die young.”

Causes that are unexpected

Because it can cause high blood pressure during the night, stoke risked is raised by sleep apnea, says Cole. Stroke is also associated with chronic infections. Gum disease and bad teeth are linked with inflammation, and people’s immune system is affected in a way that it develops clots and atherosclerosis in blood-vessel walls.

It is also connected to heart-stroke. Atrial fibrillation, also known as “A-fib” is an irregular heartbeat which causes the formation of clots in the heart that dislocate eventually and cause a stroke by traveling to the blood vessels of the brain.

A new study conducted on June 11 New England Journal of Medicine found that a device can battle stroke-causing clots. Patients with acute ischemic stroke who received tPA were compared with patients who had tPA and a clot-retrieval procedure by using a special device so-called stent-retriever.

This procedure, also known as thrombectomy was performed with a thin wire tube that was threaded up through the large blood vessels to grab and pull the clot from the brain. And after 90 have passed, the patient’s function who underwent the stent procedure was better than those who had tPA alone. This treatment isn’t available at local hospitals like tPA. And within several hours of the stroke, a catheterization procedure must be performed by specialists who are highly skilled and work at a major stroke center.

Cole – the Maryland patient who flew in for evaluation was lucky. Scans showed after the flight that the tPA had worked, so the clot was completely gone and his blood flow returned. This meant that he was able to move his arm again. After all, it seemed that he didn’t need the clot-retrieval procedure. Cole believes that the patient will undergo some “deficits which are mild permanent,” he should get better within the next few weeks.