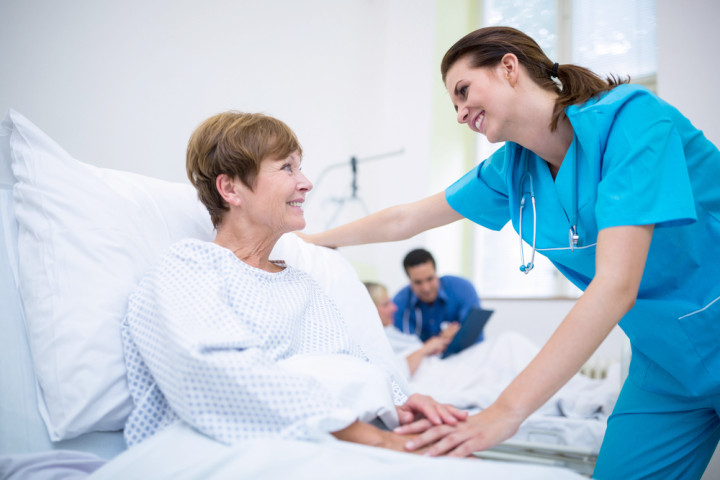 The place where patients recover may also affect whether they return to the hospital.

A new study shows that too many Medicare participants have returned to the hospital to be treated for the same infection they had while they were inpatients.

University of Michigan researchers examined more than 318,000 hospital discharge reports for Medicare patients aged 65 and over and found out that within a month 2.5 percent returned to the hospital to treat the same infection they left with - also known as linked infection.

The lead author of the study, Geoffrey Hoffman, said this figure may seem small, but "it should be closer to zero" when looking at people who need to be readmitted for something that could be cured, such as an infection, compared to people suffering from a chronic condition like heart disease. Clostridioides difficile - a germ that is potentially fatal causes fever, stomach pain or nausea and diarrhea - was the most common infection for which patients were readmitted. Urinary tract infections were the second. Antibiotics can cure both infections, "and you shouldn’t have to return to the hospital," said Hoffman, an assistant professor at the University of Michigan's School of Nursing.

The readmission rate "should be relevant to hospitals and their programs for the prevention of infections,’’ Hoffman added. " They should not only focus on the time the patient is being hospitalized but also when the patient leaves the hospital."

Medicare currently offers hospitals financial incentives in order to minimize the number of infections patients get during their stay. If a Medicare beneficiary in the hospital gets certain types of infections, the government will not pay the hospital for the treatment - and the patient is not obliged to pay either. Extending such programs to monitor the persistence of infections following the release of a patient could help reducing readmissions, Hoffman said.

The researchers found that the place you recover after a hospital stay can affect your chances for readmission. Patients returning home from the hospital with or without home care were 38 percent more likely to return to the hospital with a linked infection compared to patients who were discharged to an adequate nursing facility.

"Skilled care facilities are usually considered dangerous places to catch an infection and to spread or transmit infections to other patients, but we've found quite the opposite," said Hoffman.

He explained that while these facilities are experiencing high infection rates, they are probably better equipped to handle them, "unlike someone who is alone at home or in a home health care agency that may not have a structured infection control program."

The findings suggest that hospitals should think about sending patients with infections to qualified care facilities and not necessarily to their homes, Hoffman said. "And then, if they plan on sending them home, they should consider providing education or other resources needed.’’

Hospital readmission is often considered to be an indicator of quality. If you leave the hospital and "do not know how to manage your condition on your own," chances are you'll end up back in the hospital, Hoffman said. "And that's a signal of a quality gap."

For older adults, taking them back to a hospital can also be a health risk. Elderly patients are more likely to move less in hospital and stay in bed most of the time, which, as research has shown, may lead to physical and cognitive declines after discharge. They may also pick up infections.

Hoffman said that he doesn’t intend on putting pressure on caregivers and patients, but he told them to "be aware of possible risks." He said, if you don’t understand the dismissal instructions, make sure to ask questions. And if you are prescribed antibiotics, make sure you take them as your doctor advised. Talk to your hospital team about where to recover after a hospital stay.

"You should treat an infection as soon as possible, and you don’t want to go back to the hospital because of it.’’ Hoffman said.

Asking Kelley Keehn whether aging at home is cheaper?